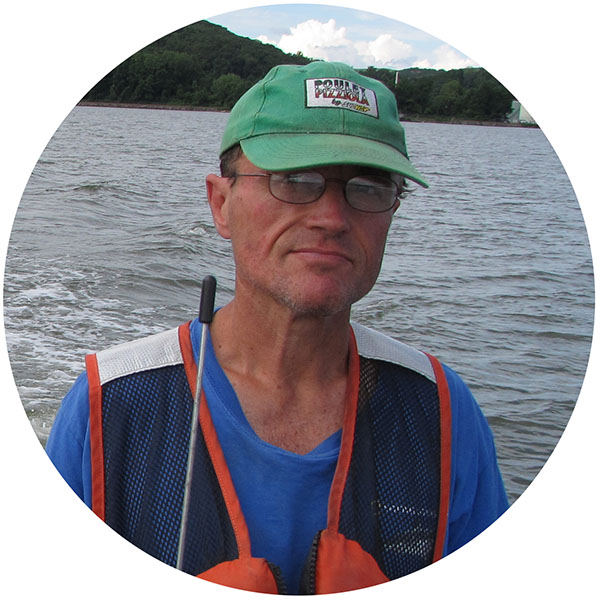 An estuary is a semi-enclosed body of water connected to the open sea. Nearly half the length of the Hudson River, some 154 miles, is estuarine in nature. The Hudson River Estuary extends from the Federal Dam in Troy to New York Harbor, where the river meets the Atlantic Ocean.

Twice a day, the estuary is influenced by the ocean's tides, with 3-to-4-foot fluctuations in water levels. South of Newburgh, where tides bring salt water into the estuary, the water's salinity can reach about one-third the strength of seawater. North of Newburgh, the estuary is predominantly fresh water except during times of severe drought.

Estuaries are considered biological hotspots. Their varied habitats - tidal marshes, swamps, mud flats and bays - support a wide range of life. Endangered shortnosed sturgeon and more than 200 species of fish have been identified in the Hudson River Estuary. Fish such as shad and bass rely on estuary habitat for spawning, rearing and feeding grounds, so much so they are referred to as "nursery grounds."

Over the past 400 years, humans have left an indelible mark on the Hudson River Estuary. The filling of shallows, the deepening of the river channel, the introduction of invasive species, land use changes and the hardening of the watershed have all adversely affected the ecosystem. This has compromised sensitive estuarine habitats, such as tidal marshes. Climate change adds another compounding variable to the mix.

Effectively managing the Hudson River Estuary depends on having insight into the environmental conditions that shape the health of its habitats. With this in mind, a collaborative monitoring project called the Hudson River Environmental Conditions Observing System has been implemented to provide continuous real-time data about estuary conditions such as temperature, salinity, and pollutant loads.

Seven observation stations have been deployed; they span the length of the estuary (see inset). The stations provide high-frequency measurements of meteorological and water quality data. Frequent measurements (every 15 minutes) let researchers identify changes across a range of time scales, from daily tidal cycles to seasonal patterns. They also help identify ecosystem effects caused by irregular events, such as severe flooding and storm surges.

The data being gathered by Hudson River Environmental Conditions Observing System will help address a number of management objectives. Among them: assessing sea level rise; understanding the impact of invasive species; tracking down river effects of the PCB clean up; establishing water quality benchmarks; detecting spills; and mapping fish habitat. The project will also advance scientific understanding of the linkages among watersheds, the atmosphere, and the ocean.

But to choose this more sustainable option requires thinking differently. It requires a more integrated view of the real risks, costs and benefits over the long haul informed by scientific understanding; not quick, gut-reaction fixes that won't really work or will only perpetuate the problem. It requires re-engineering our relationship with the rest of nature exemplified by replacing levees with flood plains.

Citizens who enjoy spending recreation time on the river are encouraged to view the real-time data about water and weather in the estuary. Kayakers can access up-to-date wind conditions while anglers can pinpoint water temperature and salinity. Visit www.hrecos.org.

Measuring the moisture in forest soils from space