On Wikipedia, be wary of entries on controversial science

Wikipedia reigns. It’s the world’s most popular online encyclopedia, the sixth most visited website in America, and a source most students rely on. But, according to a recent paper by Dr. Gene E. Likens, Cary Institute President Emeritus, Wikipedia entries on politically controversial science can be unreliable. 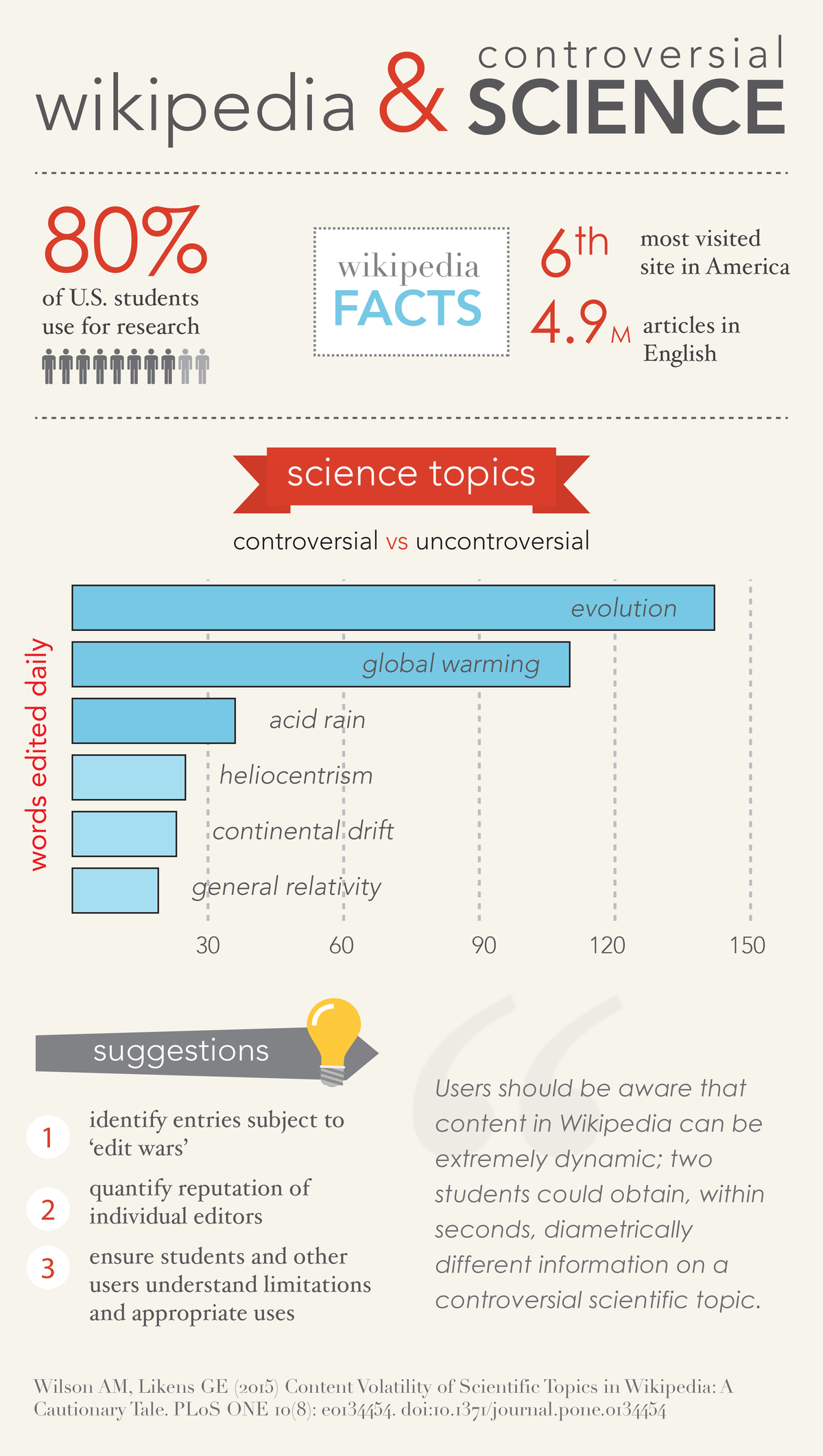 Using nearly a decade of data, they teased out daily edit rates and the mean size of edits. While the acid rain article was edited less than the evolution and global warming articles, its edit rate was higher than the non-controversial topics. Across the board, politically controversial science topics were subject to larger and more frequent edits.

Likens notes, “Students, educators, and citizens should understand Wikipedia’s limitations when researching politically-charged science. The rate of change observed makes it difficult for experts to monitor accuracy and make corrections.” Adding, “On entries subject to edit-wars, one can obtain – within seconds – different information on the same topic.”

Likens and Wilson suggest that Wikipedia identify entries known to have significant controversy and quantify the reputation of individual editors. In the meantime, users should cast a critical eye on Wikipedia source material, which is found at the bottom of each entry.