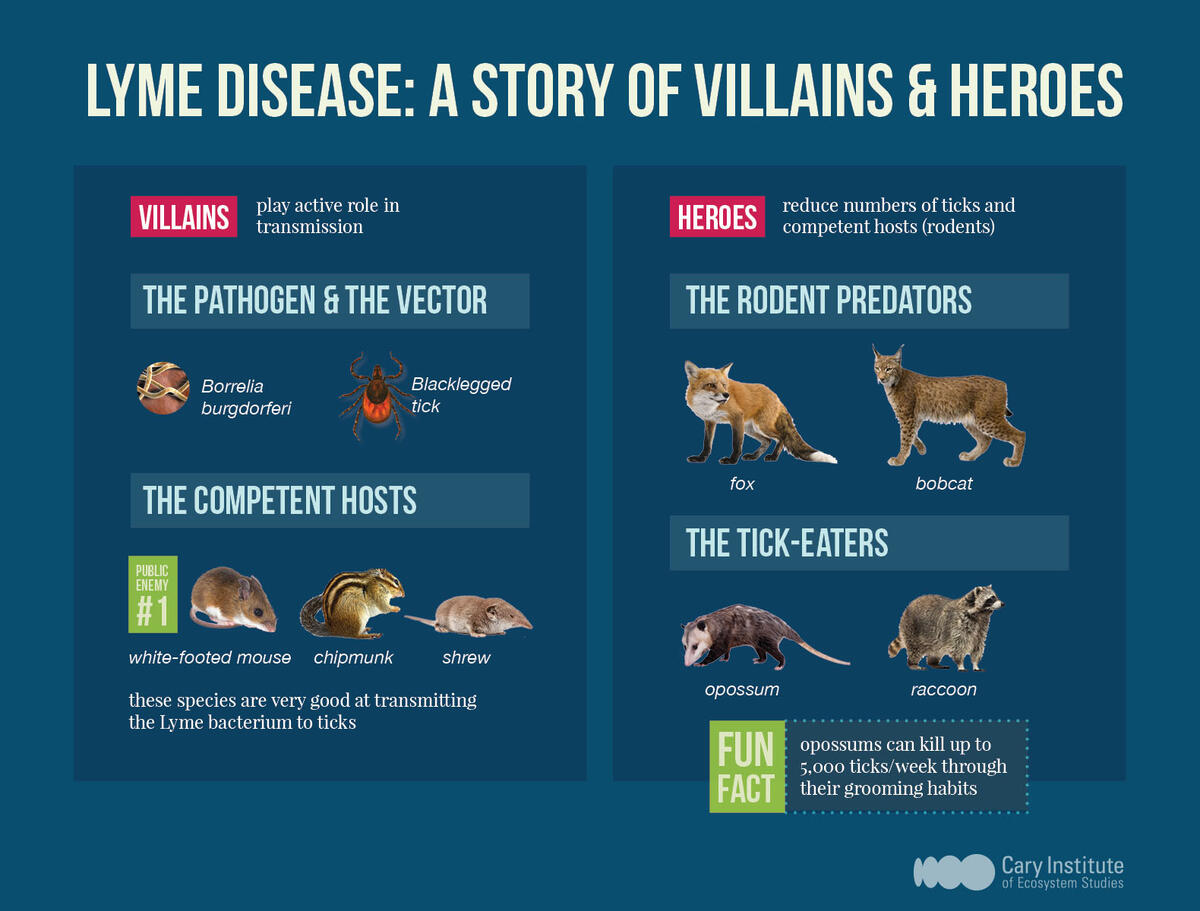 Nymphal ticks, which are as small as poppy seeds, can transmit infections acquired during their larval blood meals. Nymphs are abundant from May through July.

When ticks feed on white-footed mice and other rodents, they are much more likely to survive and become infected with the pathogens that cause Lyme disease, anaplasmosis, and babesiosis.

Biodiversity is good for our health

When a variety of birds and mammals are present, blacklegged ticks can feed on non-mouse hosts that are less efficient at transferring the Lyme disease bacterium. This reduces the number of infected ticks. Also, some animals are very efficient at killing ticks. Opossums are fastidious groomers and can kill thousands of ticks each week during tick season.

Predators are a weapon against Lyme disease

Again, another biodiversity benefit. Landscapes that support predators have reduced Lyme disease risk. This is because predators, such as foxes, bobcats, and barred owls control the abundance of rodents.