Are fish made of maple leaves? 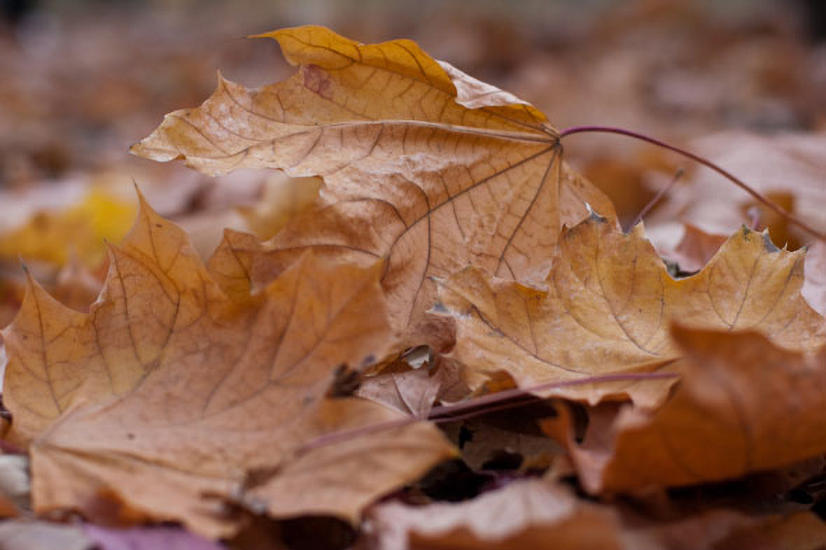 Most of us learned about the aquatic food web in high school. Using a sealed aquarium, teachers explained that plants form the base of the web, with the organic carbon they create supporting aquatic life—from invertebrates to sport fish.

But just because an aquarium functions as a sealed ecosystem dosen't mean lakes behave this way. Research by Cary Institute of Ecosystem Studies scientist Jon Cole and colleagues has revealed that algae and duckweed are getting a little help from the watershed.

Scientists have long suspected that aquatic food webs were subsidized by leaves, pine needles, and other organic carbon that washes in from the watershed. Cole and colleauges were among the first to prove this theory in a series of large-scale lake manipulations.

Terrestrial and aquatic carbon are virtually identical. To determine the percent of aquatic life supported by the two types of carbon, a tracer was used.

The results? More than a quarter of zooplankton—small animals that live in the water column—were derived from land-grown plant material. Benthic invertebrates and fishes recevied an even larger terrestrial subsidy—50 to 80% of their diet came from the watershed.

"Leaves and other organic matter that enter lakes are incorporated into aquatic animals. That tree leaves many eventually become perch, and that the plants around a water body impact life within the body of water—both blur the perceived ecological boundaries between aquatic and terrestrial systems."

Findings will help inform watershed management. When you reel in a fish this summer, remember that it derived some of its bulk from last year's maple leaves.