Cleaning up with mussels 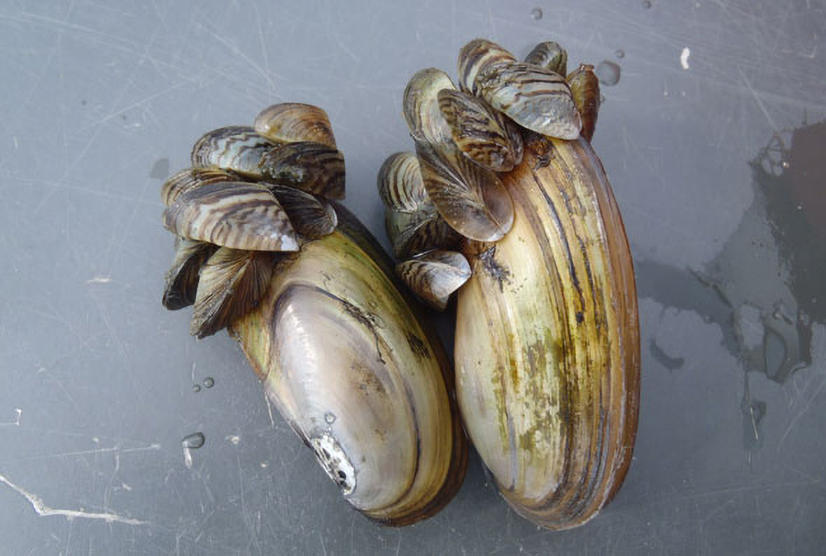 Zebra mussels are one of the most pernicious invasive species in the United States having infested the Great Lakes in the 1980s and then having spread to 29 states by hitching rides on boats on inland waterways.

However, native freshwater mussels have important positive roles to play. They are voracious filter feeders and a single mussel can cycle gallons of water per hour. They capture phytoplankton and small particles – living and non-living – and leave behind clearer water and nutrient-rich detritus that fertilizes streams and stream sediments.

North America has more than 300 species of freshwater mussels. The Mississippi River basin alone supports many more species than the Amazon or Congo River basins. But many mussels are in peril. 65% of North American species are considered endangered, threatened or vulnerable because of alteration and damming of streams and rivers, and human-induced pollutants.

The positive effects of mussel colonies are significant enough that water companies with intake pipes along the Delaware River, for example, are exploring whether restoring diminished mussel populations might reduce some of the burden and expense of water filtration.

While most mussel research has focused on trying to preserve and protect populations, there may be real ecological benefits to restoring habitat and hatchery production of mussels and reintroducing them into streams. This kind of project was done on the River Lutter in northern Germany and it was quite successful.

Water quality is an important issue and mussels may be able to provide important services in improving it as long as their habitats are preserved.

Produced in collaboration with WAMC Northeast Public Radio, this podcast originally aired on May 6  2015. To access a full archive of Earth Wise podcasts, visit: www.earthwiseradio.org.