Have deer gotten a false rap for Lyme disease? 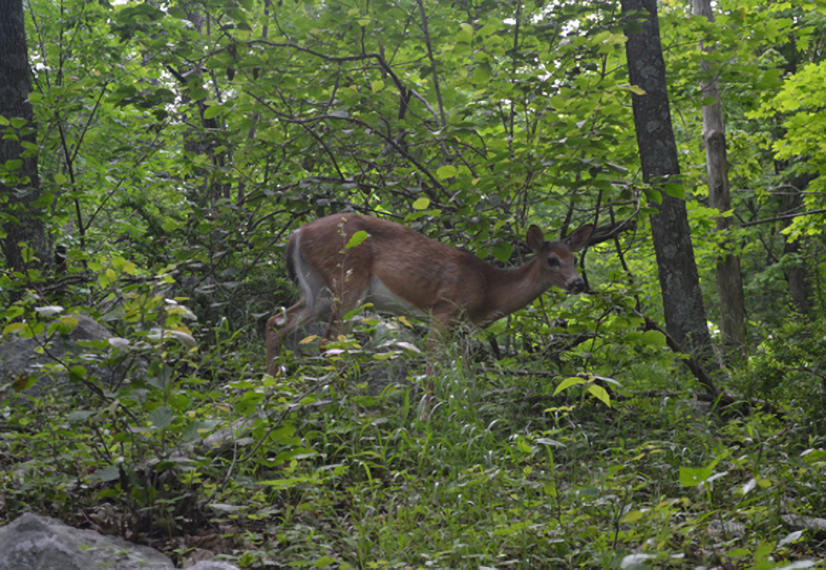 It's commonly believed that Lyme disease risk is tied to the presence of deer ticks and white-tailed deer. But this simply isn't correct.

When Lyme disease was first identified in New England in the 1980s, scientists thought it was spread by a new tick species, which they dubbed the deer tick. But the Lyme-carrying tick turned out to be one we'd known about for decades—the black-legged tick.

People still talk about deer ticks, but there is no such thing.

The connection between Lyme disease and deer is more complicated. While deer host lots of ticks, so do other vertebrates, including raccoons, skunks, and white-footed mice. Eliminate deer, and ticks will feed on other hosts. Also, while deer don't transmit the Lyme bacterium to ticks—the smaller mammals do.

Rick Ostfeld, a senior scientist at the Cary Institute of Ecosystem Studies, has written a book on Lyme disease ecology...

"Ticks survive well when they feed on a mouse because mice are not apparently very fastidious – they don't groom very effectively. So ticks that end up on a mouse tend to survive the experience – they get their full blood meal. So that's one way that mice are bad. The other main way is that mice are the source of infection for the ticks. The ticks are born free of infection with the Lyme pathogen, and these ticks have to get it somewhere, and the main place they get it in nature is from white-footed mice."

With no vaccine and imperfect diagnostic tests, prevention is the best course for people living where Lyme disease is prevalent. To avoid contact with infected ticks, it's important for us to accurately understand how ticks get infected.