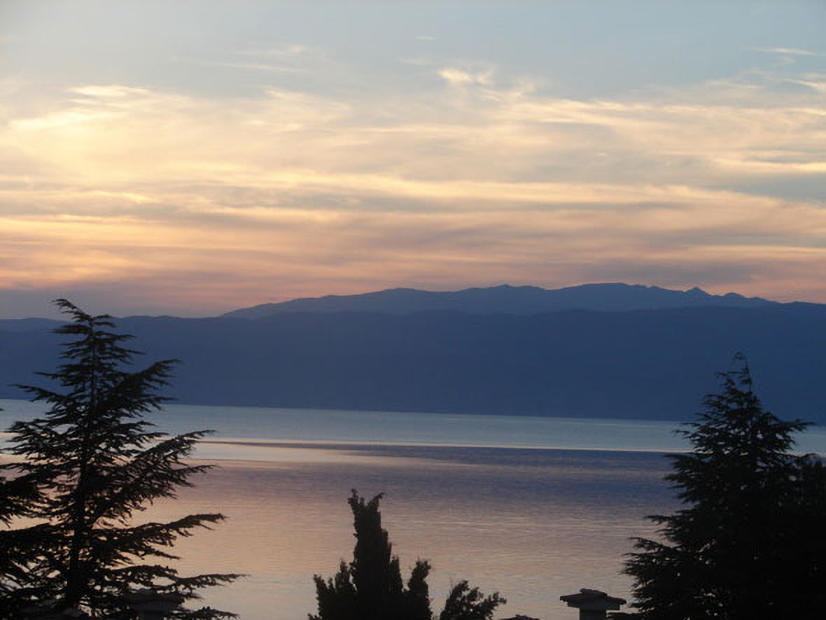 Nestled in the mountainous border between southwestern Macedonia and eastern Albania, Lake Ohrid is a deep, ancient lake. Its waters provide refuge to hundreds of plants and animals that live nowhere else, including seventeen species of fish.

Of Earth’s 117 million lakes, only a handful can be classified as ancient. These lakes have long, uninterrupted histories. In many ways, they are like ‘aquatic islands.’ Plants and animals living in them have evolved, in relative isolation, for at least 100,000 years – giving rise to the highest level of diversity known to any habitat.

Lake Ohrid is a grandmother among ancient lakes – having existed for well over a million years. Its biological richness has earned it the nickname “Europe’s Galapagos,” and it has been designated a UNESCO World Heritage Site. Nonetheless, its fate hangs in the balance.

The lake has a delicate ecosystem that is buffered from human impact by a bordering marsh. The marsh, which filters out pollution and sewage that flows in from the Macedonian city of Ohrid, is also home to an array of plants, amphibians and birds, many of which are rare.

But plans are underway to drain the marsh and construct luxury housing and a marina on the shores of Lake Ohrid. Natural beaches would be covered with imported sand to appear more like a Mediterranean resort. Nonindigenous trees would be introduced to complete the look. It’s all part of a larger initiative that includes an expressway and a ski resort.

With its struggling economy, Macedonia is understandably looking to capitalize on its natural beauty to draw in tourist dollars. Yet caution is in order. It would be an incredible loss if development plans destroyed an irreplaceable ecosystem a million years in the making.