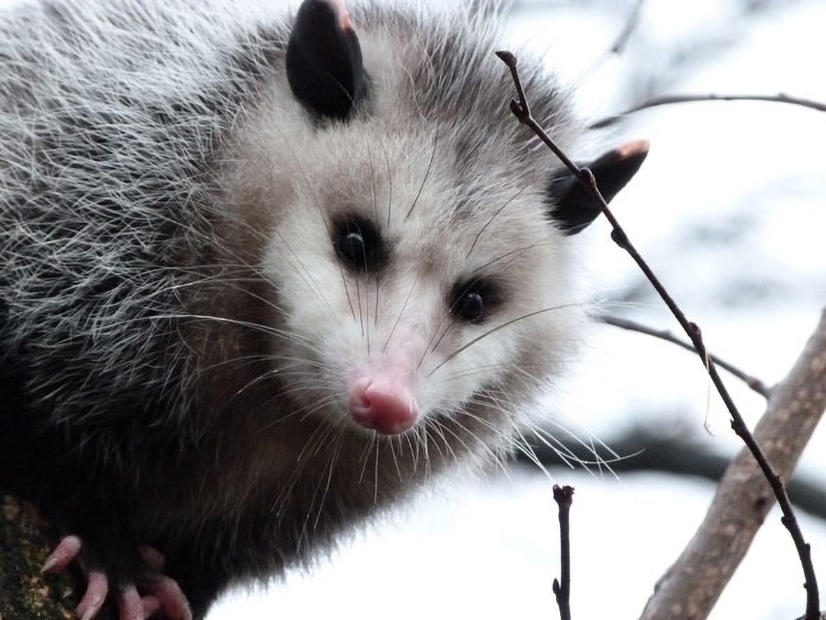 Can you guess what animal found throughout the United States is turning out to be an unsung hero helping to prevent the spread of Lyme Disease? A hint it's a marsupial, just like a kangaroo.

Keesing: Well, opossums are unusual in that they turn out to eat ticks, to kill ticks at a really, really high rate. We found that the average opossum kills thousands of ticks every week wandering through the forest.

Felicia Keesing is a biologist at Bard College and an Adjunct Scientist at the Cary Institute of Ecosystem Studies.

Keesing: So, the opossum wanders through the woods and ticks get on them just like they might get on any mammal wandering through the woods. But the opossums groom them off and kill them in the process of the tick wandering around trying to find a place to feed. And so, if an opossum got a hundred ticks on it, say, about ninety-six of those would get killed in the process of trying to find a place to feed on that opossum.

It's a practical, positive thing that I think makes people feel hopeful about combating tick numbers and also good about protecting such a charismatic little creature.

I should say that we don't think opossums are unique in this way. We suspect that other medium sized mammals have this effect as well. We just can't test them in the lab the way we can with opossums. With all of those creatures, the best way to have them be abundant, is to have lots of natural areas intact - bit natural spaces, because we know that those increase the number of species and the average size of creatures that are living in them.

We found that areas of forest that have high species diversity - so lot's of different kinds of animals have much lower risk of Lyme disease. That means that the ticks that live in those areas have much less likelihood of carrying the bacteria that cause Lyme disease.