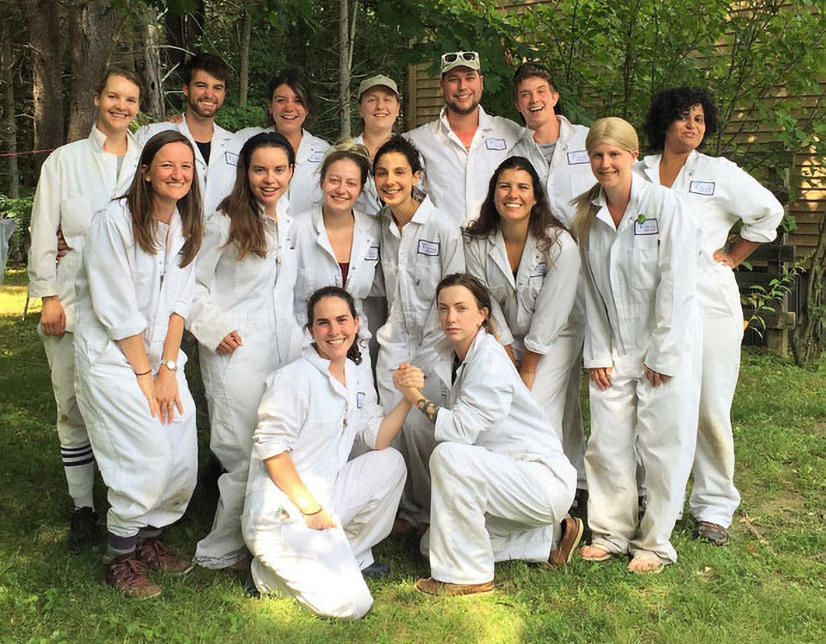 According to the Center for Disease Control, there are over 300,000 new cases of Lyme Disease each year in the United States. Is there a way to control its spread?

Keesing: We are interested in reducing the number of cases of tick-borne diseases that people acquire, and to do that we're trying to get rid of ticks in people's yards where we think they are most at risk.

Biologist Felicia Keesing is co-director of the Tick Project, a study led by the Cary Institute of Ecosystem Studies. Lyme Disease is spread by Black legged ticks.

Keesing: We are testing two different methods of reducing ticks to see which of those is most effective at reducing cases of tick borne disease, either alone or in combination with the other.

The first method is a naturally occurring fungus. This fungus kills arthropods - that includes ticks. There's a special strain that's been developed that targets ticks more specifically than anything else. And so we are seeing if spraying the spores of this fungus in people's yards reduces ticks.

The other method is a small black box that has a little entry hole and it has some bait inside and it attracts rodents. If the rodents go inside while they're feeding on the bait, there are these little rollers that dab insecticide on them that kills ticks. So it puts that pesticide right exactly where we want it - on these rodents because the rodents are most responsible for infecting the ticks with the bacterium that causes Lyme disease and other diseases as well.

To learn more about the Tick Project, visit tickproject.org.