Mercury and selenium pollution in the Grand Canyon 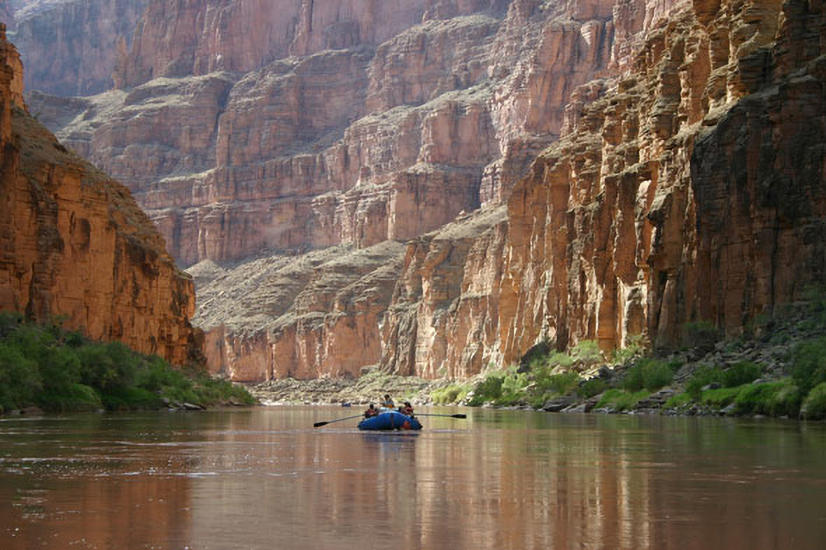 The Grand Canyon Reach of the Colorado River is breathtaking and remote. For hundreds of miles, the rugged landscape renders the river virtually inaccessible to people. Those intrepid enough to explore the area are treated to red rocks, blue skies, and meandering waters.

Given its isolation, one might assume this segment of the Colorado River is pristine. But a recent study by the U.S. Geological Survey and partners found concerning levels of mercury and selenium in the river’s food web. When fish and wildlife are exposed to too much selenium and mercury, it can result in lower reproductive success, growth, and survival.

Researchers examined fish and invertebrates at six sites along nearly 250 miles of the Colorado River downstream from Glen Canyon Dam. Mercury and selenium concentrations in minnows and invertebrates exceeded toxicity thresholds for both fish and wildlife.  Surveyed fish had mean mercury levels that were consistently higher than fishes in other large rivers around the world, even those in more urban and industrial landscapes.

Mercury entering the Colorado River largely originates from the long-range transport of airborne fossil fuel emissions. Selenium enters the system when it is flushed downstream, due to the irrigation of selenium-rich soils in the upper Colorado River basin.

“Even remote ecosystems like the Colorado River in the Grand Canyon can have contaminants  such as mercury or selenium in them, and then these contaminants pose a risk to wildlife.”

No human consumption advisories are currently in place for fish harvested from the study area.