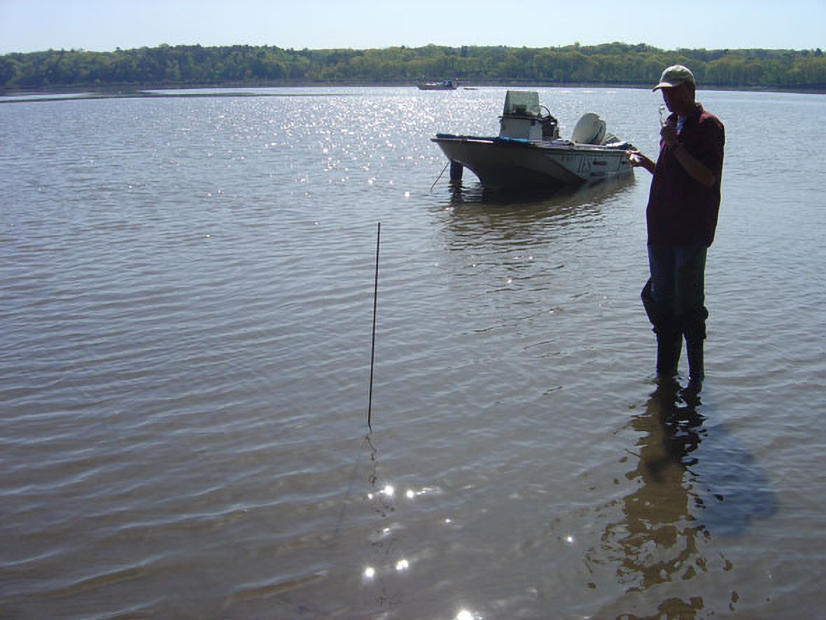 Visitors to New York’s Hudson River often comment on how “dirty” or murky its water appears. This murkiness is often taken as a sign of poor water quality. Why does the river look so muddy? And what does it mean?

Much of the Hudson’s water is difficult to see through. A mere 1% of sunlight hitting the water’s surface penetrates three feet down. This is largely the result of suspended soil, silt, and clay. These particles enter the river through two pathways.

During heavy rains, the tributaries that feed the river flow rapidly – washing new soil particles into the Hudson. In the spring, snow melt in the Adirondack Mountains also tends to cause high flows that stir up particles.

Autumn tends to be a drier time of the year. Yet the river still seems murky because its strong tidal currents lift particles off the river’s bottom, suspending them in the water column. Dr. Stuart Findlay is a freshwater ecologist at the Cary Institute of Ecosystem Studies:

“So it’s as though you took a bucket that perhaps had a little layer of mud on the bottom and if you just let it sit there everything will settle out and stay on the bottom and the water will get clear.  But if you stir that water up somehow by shaking the bucket or mixing it up somehow, obviously it gets murky again.”

Scientists are interested in suspended particles because not only do they block sunlight needed by aquatic plants, but they can carry contaminants. Learn more about sediment monitoring by visiting the Hudson River Environmental Conditions Observing System’s website.

A fix for pharmaceutical pollution in the Hudson River?

It's time to reimagine spread of harmful aquatic invaders