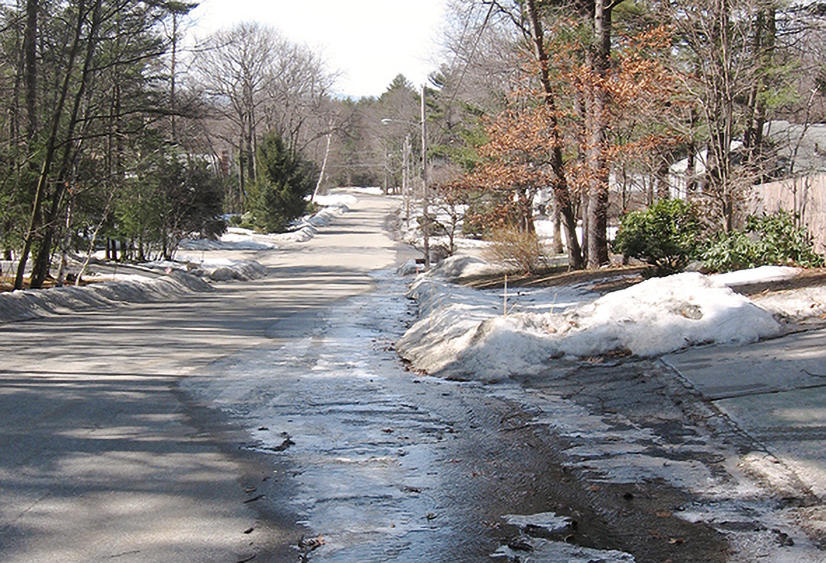 Why is it salt turning up in streams in the summertime? Rock Salt lowers the temperature at which water freezes, so it's widely used in wintertime to prevent our roads from icing up. It's a boon for safety but there are environmental consequences.

Vicky Kelly is manager of the environmental monitoring program at the Cary Institute of Ecosystems Studies.

We did a study and what we discovered is about 95% of the total amount of salt that was entering the stream from the watershed that feeds the stream is from rock salt we use in the wintertime to de-ice and keep roads free of ice and snow.

Rock salt doesn't just wash off the roads and go into the stream and then run out to the sea during that wintertime. It actually penetrates the sub-surface. It goes through the soil and down into the groundwater, and that groundwater is what feeds the stream during the summertime.

Those elevated concentrations that we see in the summertime are from rock salt that has built up in the sub-surface, in the groundwater, over many, many decades.