Why volcanoes are not driving climate change 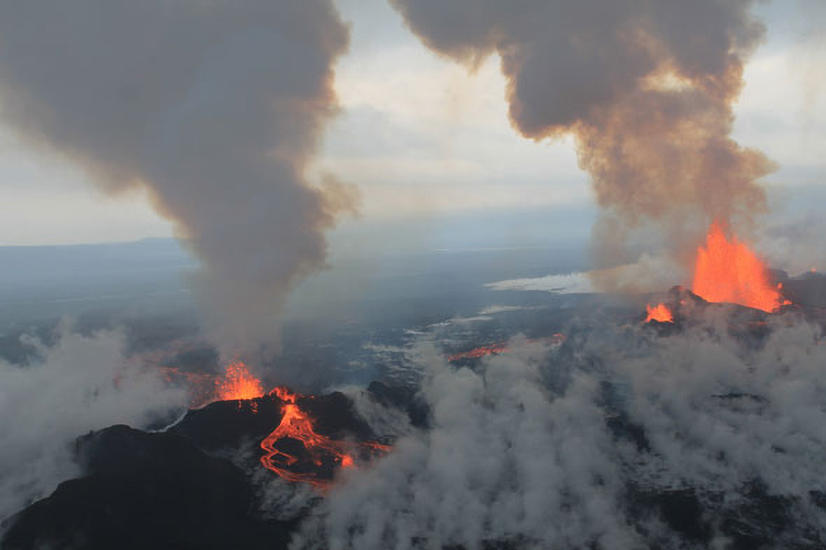 Once in a while, one will hear the argument that volcanoes are to blame for rising carbon dioxide in the Earth’s atmosphere. There are several reasons why this can’t be the case.

Fossil fuel emissions are easy to track using economic statistics. We know fairly precisely how much oil, natural gas, and coal are traded annually and that combustion of these sources emits about 10 billion metric tons of carbon each year. A few brave souls have measured carbon emissions from active volcanoes. They amount to less than one percent of fossil fuel emissions.

One might argue that it’s not ongoing volcanic emissions that matter, but rather the emissions from large eruptions that occur sporadically and are difficult to measure. If these were a significant carbon source, eruptions would cause a “blip” in the atmospheric carbon dioxide concentrations. There are no such blips in the record, only a steady annual increase from fossil fuel emissions since 1957.

Since the beginning of the Industrial Revolution, rising carbon dioxide in the Earth’s atmosphere has been associated with a slow decline in Carbon-13. This is consistent with fossil fuel origins. If volcanoes were the main source of rising carbon dioxide, we would not see this Carbon-13 trend.

The verdict is clear: we can’t pin the blame on volcanoes. Our fossil fuel dependence is driving climate change.

This segment was adapted from an essay by Dr. William H. Schlesinger. You can read the original piece on his blog Citizen Scientist here.