Maple trees are part of our forests, our cities, our culture, our fabric

Let’s work together to protect their future!
#STOPFORESTPESTS

We can stem the tide of pest invasions.

Invasive pests attack urban, suburban and rural trees and can decimate entire species of trees in a matter of decades, BUT there is a path forward.

Tree-SMART Trade is a series of science-based policy initiatives to protect forests by reducing the importation of insects and diseases through international trade.

Maple trees belong to the genus Acer, and there are over 100 species worldwide. The word Acer is derived from a Latin word meaning "sharp," which refers to the characteristic points on the leaf lobes.

Worldwide, maples are one of the most important groups of trees in forests and for planting in lawns, along streets, and in parks. They offer a great variety of form, size, and foliage; many display striking autumn colors. Several yield maple syrup, and some provide valuable wood for furniture, baseball bats, and musical instruments. Maples hail mostly from Asia, but some species are native to North America, including sugar maple (A. saccharum), red maple (A. rubrum), silver maple (A. saccharinum), boxelder (A. negundo), and bigleaf maple (A. macrophyllum).

Recent research suggest maples can be foundational species, meaning they play a disproportionately large role in shaping and maintaining their ecosystems, as well as in increasing local species diversity. History shows maples are also a foundational species for humans - and have played a vital role in the fabric of societies throughout the world.

This is just one story about how invasive forest pests are threatening US trees...

The Asian longhorned beetle (Anoplophora glabripennis) is a destructive, wood-boring pest that kills maple and other hardwoods. It has been repeatedly introduced to the United States, most likely inside wood packaging material from Asia. The beetle was first discovered in Brooklyn, NY in 1996 and outbreaks have been found in areas of New York (1996), Illinois (1998), New Jersey (2002), Massachusetts (2008), Ohio (2011), and most recently South Carolina (2020).

Whenever a new outbreak is discovered, federal, state, and local authorities mobilize to try to eradicate the pest by cutting trees—sometimes tens of thousands of trees—at enormous cost to taxpayers. And yet the beetle continues to be introduced in wood packaging, causing new outbreaks.

The Asian longhorned beetle has no natural enemies in the U.S. and American maples have little evolved resistance to this pest; thus, the beetle has the potential to destroy millions of acres of America's treasured hardwoods, from national forests to backyard trees. 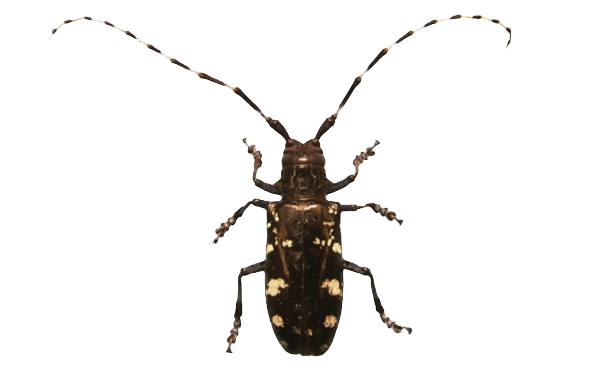 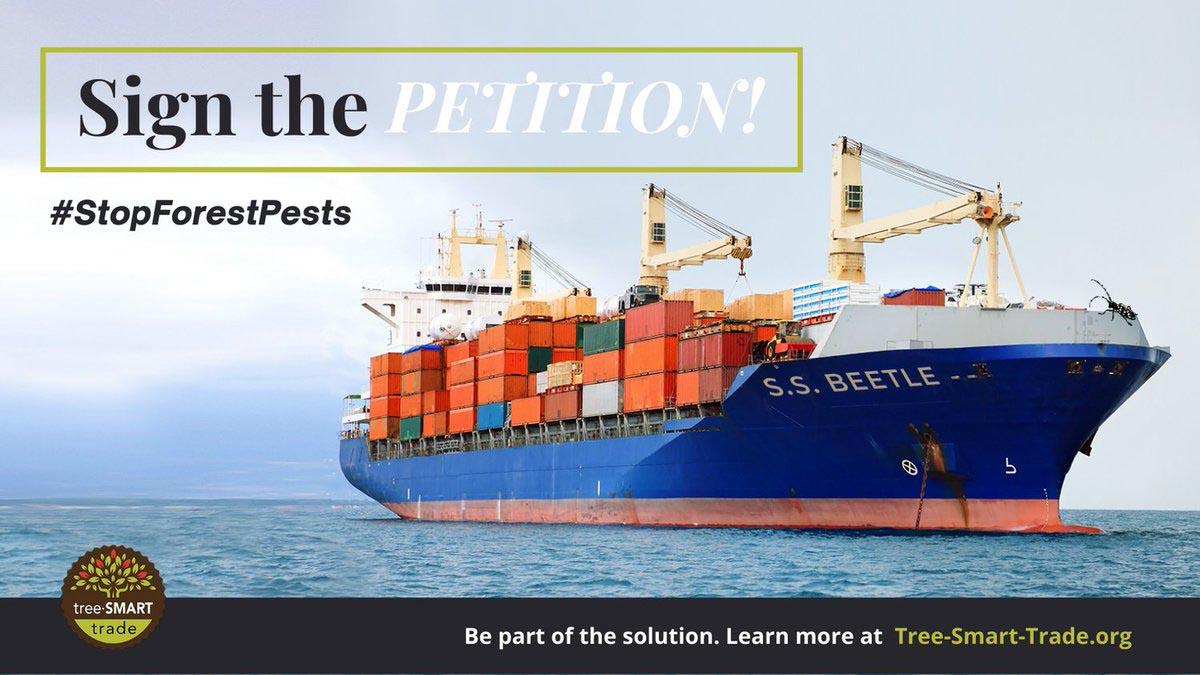 Now that you know how much is at stake, are you ready to help save our trees and #StopForestPests? It's time to take action.

What You Can Do to Help

We call on the Agriculture Committees of the House of Representatives and Senate to hold hearings to determine why our current trade policies are not preventing the importation of forest pests and how we can reduce new pest introductions in the future. Voice your support by signing the petition.

Support Tree-Smart Trade efforts to stop new forests pests from entering the country by donating to the initiative.

Here are some other important actions you can take:

Maple in our Lives

Maple trees are revered for their dense wood, sugary sap, and gorgeous fall foliage. They are popular ornamental trees for homeowners and businesses, in big cities and small towns. They provide food for a variety of insects and offer nest sites for birds and mammals. They have befriended many a family - hoisting tire swings, keeping secrets, and offering shade on hot summer days . Maples are more than just trees - they are friends, family, and community stabilizers. While their value to people is immeasurable, here are a few key economic contributions from maple trees: 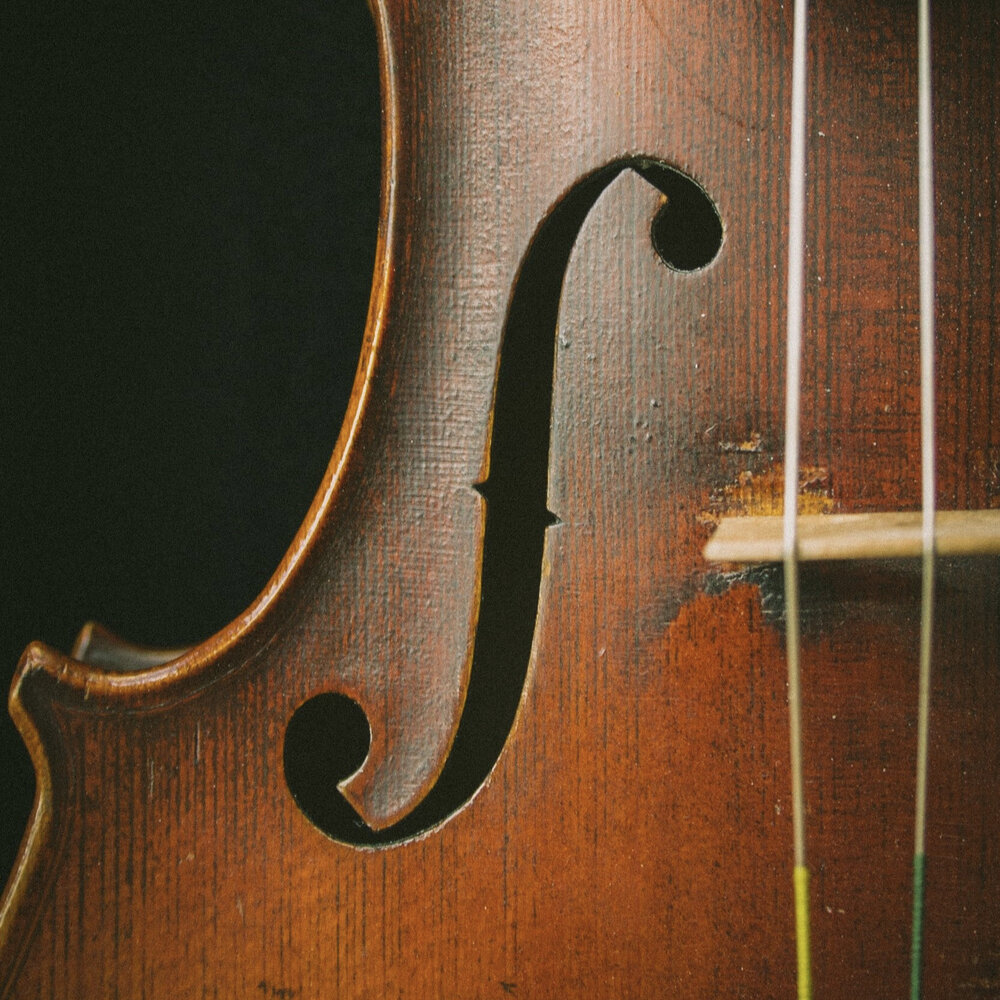 Maple is a “tonewood,” meaning a wood that carries sound waves particularly well. Maple is used in countless musical instruments, including clarinets, recorders, and the back, sides, and neck of violins, violas, cellos, and double basses. Many guitars, including the famous Fender Stratocaster, have maple necks, tops and veneers. Indeed many legendary musicians, including B.B. King, Jimi Hendrix, Prince, and Les Paul, had deep connections to their instruments and the maple wood they relied upon. 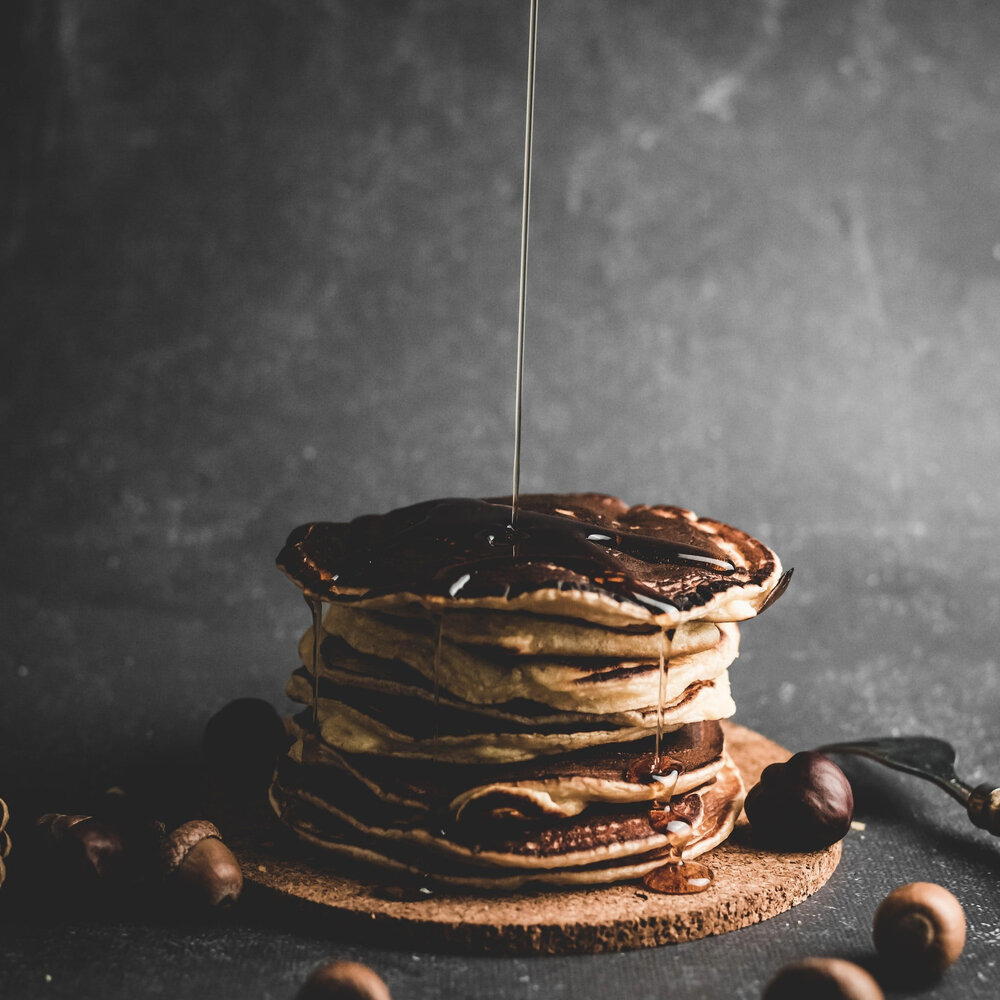 Of the 13 species of maple found in North America, 3 of them produce sap that can be turned into maple syrup. For sugar maple, which has the sweetest sap, it takes 40 gallons of sap to make one gallon of maple syrup! Maple syrup has an important and complicated history here in the U.S. Early in the 16th century, the Native American people shared their maple syrup process with Europeans, leading to the establishment of a thriving domestic industry by the colonialists. By the 1790s, maple syrup was touted as a local and ethical alternative to Caribbean sugar cane. Today, maple syrup is a staple in countless dishes - not just things we eat for breakfast! 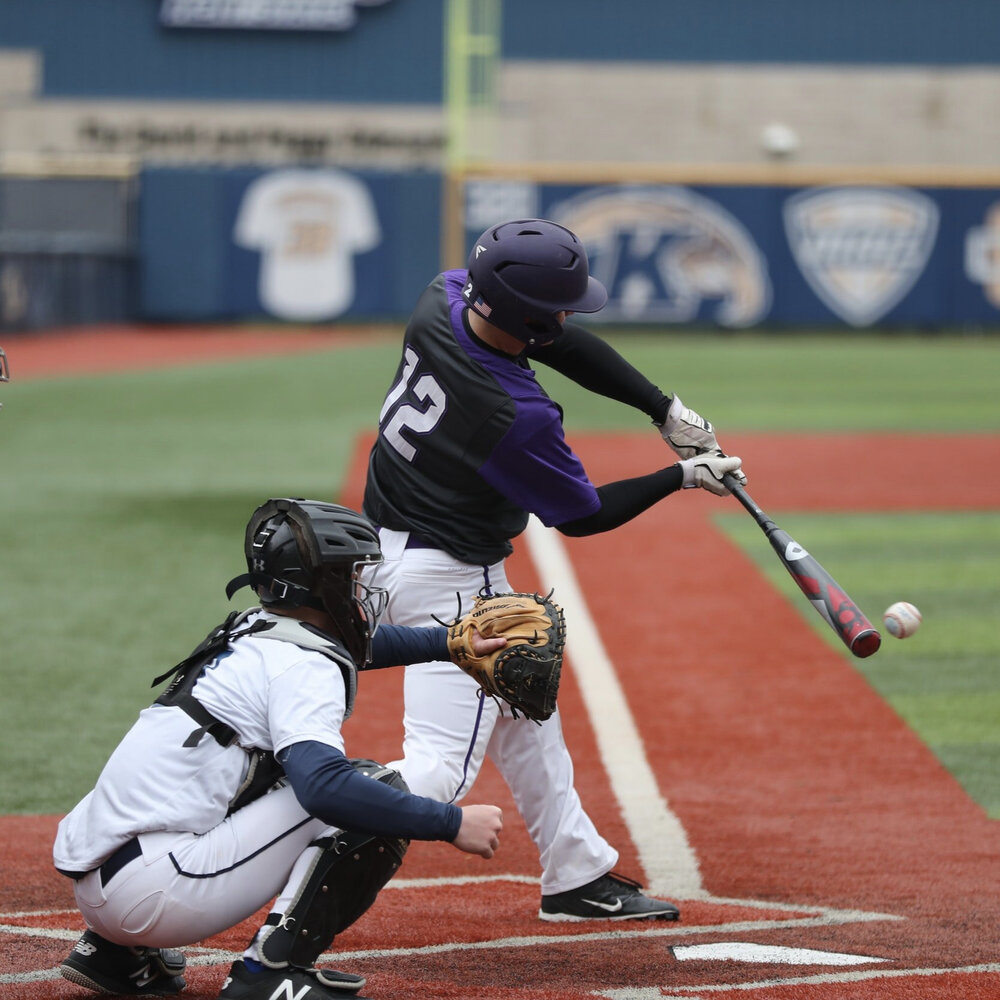 Today, over 70% of MLB bats are made from maple! In the past, most bats were made from ash because it is a light and flexible wood. However, due to the invasion of another forest pest, the Emerald Ash Borer, bat producers have started depending on maple wood for making baseball bats. Now maples are facing an emerging threat from the invasive Asian long-horn beetle. This beetle has been found in 6 states, and threatens maple trees throughout the US. 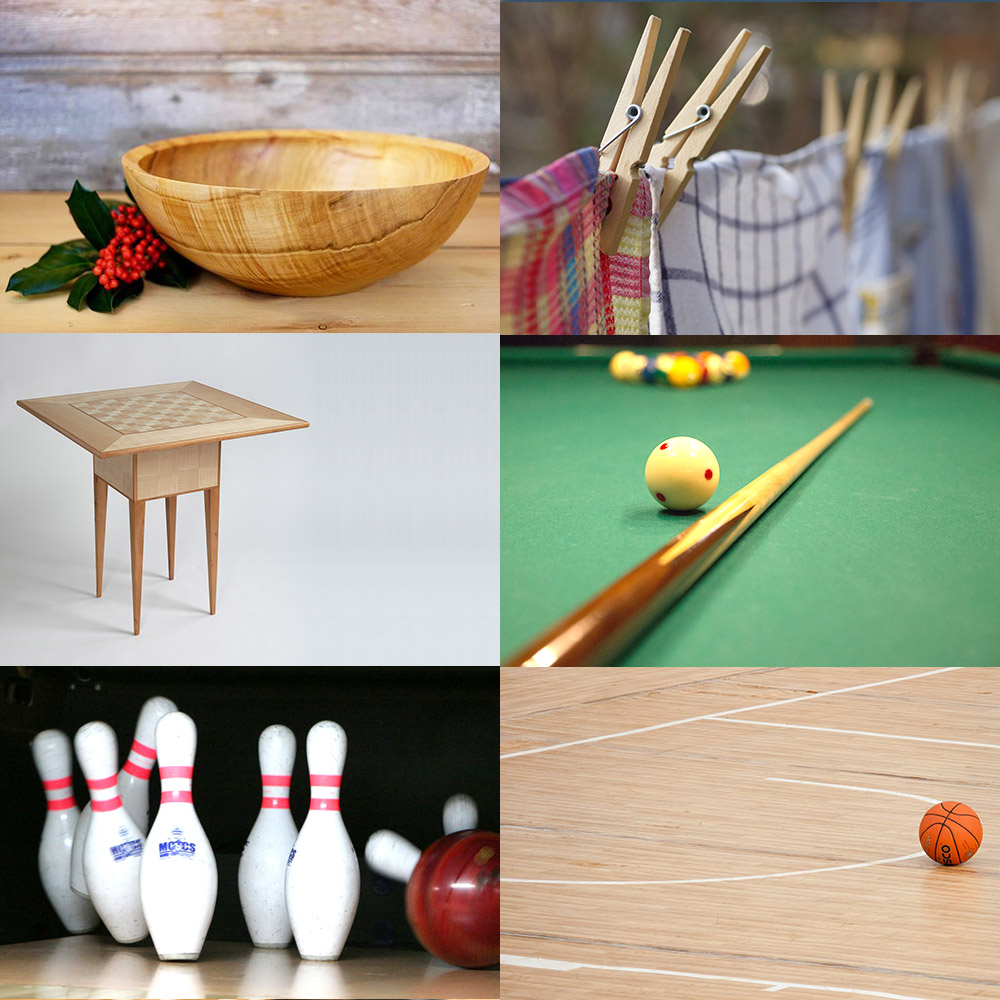 Maple All Around Us

It’s not just guitars and bats and syrup…maple wood is used for many things that bring value to our lives. From the flooring in bowling alleys and basketball courts, to bowling pins, billiard cues and dance floors. From piano frames and all types of furniture and cabinetry, to cutting boards and clothespins and more – maple is an important part of our lives. Will you join us in saving our maples?

Maple in Our Forests

There are about 130 species of maple worldwide, and 13 species native to North America.  Confusingly, some of the common names for maple trees do not include the word “maple,” such as boxelder and moosewood.  Maples are the third most important tree genus in U.S. forests, and are present in more urban street tree inventories than any other genus. In the northern and eastern U.S., sugar maples and red maples are a key part of the overstory of many hardwood forests.  Bigleaf maple on the Pacific coast is the largest maple in North America, but is often dwarfed by its giant conifer neighbors. The winged seeds of maples provide an important food for wildlife. Sugar maples live for centuries, cast a deep shade that inhibits many early-successional species, and are often associated with old-growth forests in the East. Maples are valuable for their timber, their maple syrup, and because they produce the most vivid reds and oranges in the glorious display of fall colors in our northern forests.

More about this topic...