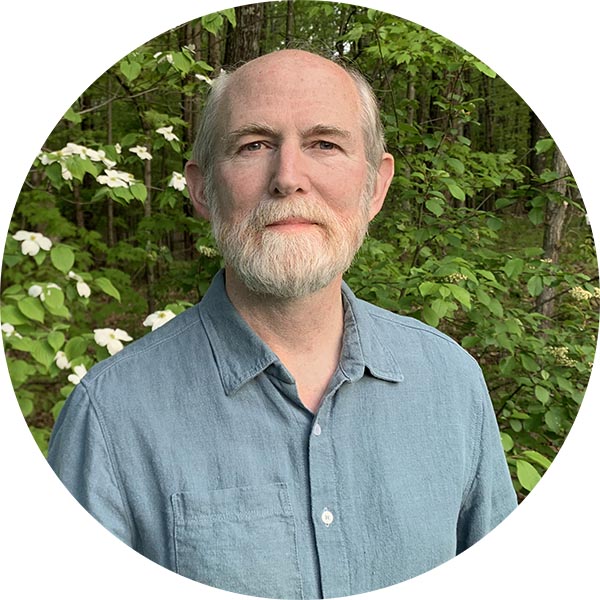 This fall, some of you might have noticed it's difficult to walk on sidewalks or hilly trails near oak trees. The acorns underfoot — nature's ball bearings — are so numerous that even sturdy shoes are no match. In our research sites at the Cary Institute and throughout the Hudson Valley, we are seeing acorn production of unprecedented proportions.

Oak trees, like many hardwoods, tend to drop few or no seeds in most years. Then episodically, they produce a bumper crop of acorns, known as a "mast year."

Each tree species has its own rhythm, so it's rare to see multiple species masting together. This year, though, our four most common oak species — red oak, black oak, white oak and chestnut oak —are all producing acorns at the same time. In the 20 years we've been monitoring tree seed production, this is the first time we've seen such an acorn glut.

Why do oaks behave this way? Acorns are among the biggest seeds produced by any of our eastern forest trees. Their large size allows newly germinating tap roots to penetrate thick layers of leaf litter to reach the soil below. It also provides plenty of resources to support seedling growth in the first year. So, large seed size gives oaks an advantage early in life over other species such as maples and birches.

But with these benefits come costs. Acorns are full of protein and fat and are a highly prized food for many wildlife species. You've undoubtedly seen squirrels and chipmunks scurrying around, cheeks bulging, in a frenzy to store as many seeds as possible before the weather turns cold and snowy. Other animals, including mice, deer, raccoons, turkeys, blue jays and bears also scour the forest floor eating or storing every acorn they find.

If oak trees produced a modest acorn crop each year, they'd run the risk of having every one consumed and leaving no descendants. But if they make few seeds in most years, then let loose with a bumper crop, it's likely some acorns will survive the onslaught of hungry consumers. This is called "predator satiation" and is exactly what we find in our northeastern forests. The carpet of oak seedlings we see every three or four springs is a vivid demonstration of safety in numbers.

Many acorns now covering the forest floor will wind up in the stomachs or burrows of white-footed mice. These mice are the most common mammal in our region. With big stores of acorns, mice don't need to move around very much during winter and can avoid predators such as owls, hawks and foxes.

Being so well-nourished, they can start their spring breeding season earlier than usual. Both factors lead to very large populations of white-footed mice the summer following a good acorn year. We expect the forests and fields to be teeming with mice in the summer of 2011.

Research we've conducted with Bard College biologist Felicia Keesing shows newly hatched blacklegged ticks that feed on white-footed mice are much more likely to survive than are ticks that feed on any other mammal or bird host. We've also established that about 90 percent of the larval ticks that feed on mice become infected with Lyme disease bacteria. So, we predict that in 2011 large mouse populations will lead to an increase in the survival and infection of ticks.

This is bad news for human health. Mouse-fed larval ticks from 2011 will sit quietly on the forest floor for almost a year until they emerge as nymphs — the stage responsible for transmitting the vast majority of Lyme disease cases. Our research predicts the acorn bumper crop of 2010 will cause a mouse population explosion in 2011, which in turn will result in abnormally large numbers of infected nymphal ticks in the summer of 2012.

We have been tracking acorn production by Hudson Valley oaks for 20 years and have consistently seen a spike in cases of Lyme disease in Dutchess County residents two years after large acorn mast years.

Risk of exposure to Lyme disease and other tick-borne diseases is a constant part of life in the Hudson Valley. But acorns — an ecological leading indicator — provide an early warning of the years when the risk of these diseases will be particularly high.

Charles Canham studies the dynamics of forest ecosystems and how they respond to a wide range of human impacts. Using field research, novel statistical methods, and computer models, Canham predicts forest response to factors including climate change, introduced pests and pathogens, logging regimes, and air pollution. He is the author of Forests Adrift: Currents Shaping the Future of Northeastern Trees.