At the Forefront of Shoreline Management

The Global Lake Temperature Collaboration has found that lake surface water temperatures are warming in all regions of the world. In cold regions, the duration of winter ice cover is in decline. 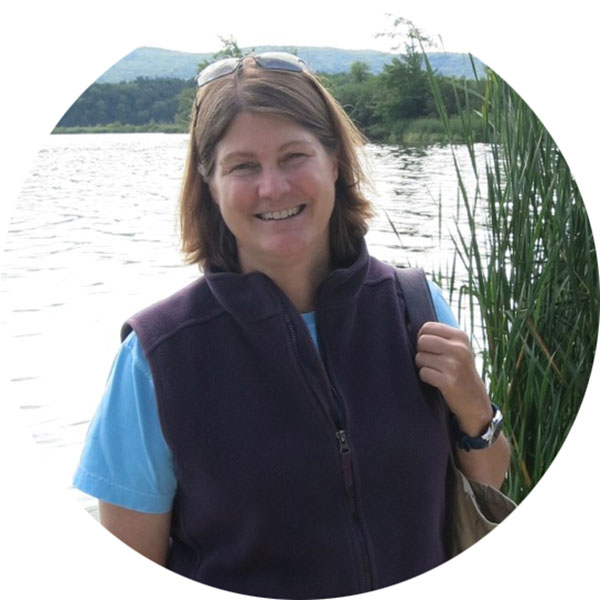 In coastal communities, the fear of rising sea levels has put climate adaptation and resilience planning at the forefront of shoreline management programs in recent years. But for inland water communities, the impacts of climate change, while perhaps not as obvious as regular coastal flooding events or as scary as sea level rise predictions, are no less real.

As previously described in LakeLine (Vol. 35, No. 3), the Global Lake Temperature Collaboration has found that lake surface water temperatures are warming in all regions of the world and in cold regions, the duration of winter ice cover is in decline. With these and other changes in weather patterns, the period of lake stratification is becoming longer in many lakes, creating even more favorable conditions for harmful blooms of cyanobacteria (blue-green algae) and the development of hypoxia (low oxygen conditions) below the thermocline. Warming water temperatures and less ice cover lead to higher evaporation rates and changes in hydrology that affect water levels on lakes as large as the North American Great Lakes and as small as seepage lakes in Wisconsin.

In addition to warming, global climate change is altering and intensifying precipitation patterns. Both globally and nationally, we expect dry areas to become drier while wet areas become wetter. Despite the recent drought in the Southwest, all areas of the United States (except Hawaii) are experiencing more rain as heavy downpour events (NCA 2014). With more intense rain events, there is more surface runoff and erosion leading to more nutrient pollution and sedimentation and a greater likelihood of flooding. There is also a projected increase in consecutive days without rain across most of the U.S. (NCA 2014) that may further exacerbate water level fluctuations. The resulting changes in hydrology and water levels, from both flooding and drought, are causing direct impacts to shorelines and lakes from erosion and sediment loading during flooding to loss of wetland connectivity and exposure of aquatic vegetation in the littoral zone during droughts. These changes are further complicating lake Adapting shoreline and riparian zone management to build resilience and mitigate impacts of climate change restoration and management efforts (Figure 1).

Although lake managers have little direct influence on reversing warming trends or other aspects of global climate change (except by advocating for climate action), there are management actions that can be taken to build the resiliency of lake ecosystems and mitigate the impacts of the changing climate. Of the many climate impacts lake managers are beginning to address, stormwater management and reducing sediment and nutrient pollution caused by more intense rain events are primary concerns, especially in the northeastern U.S. where there has already been a 70 percent increase in rain falling in heavy downpour events (NCA 2014). (See Figure 2.)

In areas experiencing bigger storms, the focus is on implementing best management practices along the shoreline and in riparian areas throughout the watershed to increase infiltration, stabilize banks, curb sediment and nutrient loading from stormwater runoff, and address other concerns that help lake communities adapt and become more resilient to climate change.

The shortcomings of a “business as usual” approach were perhaps no more evident than when Tropical Storm Irene impacted lakes across the Northeast in 2011, as shown by the analysis of inlake sensor data collected during the storm by researchers from the Global Lake Ecological Observatory Network (GLEON). The high winds and inflows destabilized thermal stratification and washed terrestrial material into lakes that impacted water quality and altered microbial activity. Not surprisingly, the most heavily impacted lakes were the ones that received the most rainfall and have the largest watersheds (Klug et al. 2012).

Irene was a real wake-up call for lake and watershed groups in the Northeast region, and the response to this extreme weather event, as well as the general increase in heavy downpours, provides useful lessons for shoreline and riparian zone management in a time of global change, as shown in the following three examples.

Lake Champlain was hit particularly hard in 2011 with record high lake levels in the spring due to high winter snowmelt coupled with intense rainfall followed by massive tributary flooding from Tropical Storm Irene, which left a lasting impact on both human and natural communities (Figure 3).

The Lake Champlain Basin Program (LCBP) responded by embarking on a stormwater planning effort to promote more flood resilient communities (Dalton et al. 2015). Two important steps toward flood resilience were identified: (1) reducing development in flood-prone areas, and (2) providing rivers with better access to their natural floodplains. Since the 2011 floods, shoreline protection zones, floodplain hazard areas, and development standards have been redefined across the region. These efforts are aimed at preventing damage to infrastructure and homes and reducing pollution to waterbodies from flooding.

Both New York and Vermont have strong shoreland management laws and guidelines in place, including the Vermont Shoreland Protection bill, which became law in 2014. The importance of strong shoreland management standards became very clear in the spring of 2011, when Lake Champlain reached record-high levels and inundated homes along the lakeshore and its outlet, the Richelieu River, for over six weeks (Figure 4). In addition to proper shoreland management guidelines, the LCBP plan calls for updating stormwater management standards to accommodate larger and more frequent storms. To mitigate the impacts of such storms, the report includes recommendations for floodplain and wetland protection, consistent permitting guidelines across jurisdictions, relocation of existing infrastructure outside of flood zones, and properly sized gray infrastructure (e.g., storm drains, road culverts, etc.).

The Lake Sunapee Protective Association (LSPA) also became concerned about documented increases in heavy precipitation events after Irene, especially given changing development patterns that were resulting in more impervious surfaces in the watershed. Given stormwater runoff has a major impact on water quality, the LSPA teamed up with scientists, researchers, and educators from the UNH Stormwater Center, Antioch University (Keene), and private research and consulting firms for a NOAA-funded project to gather and analyze data on water-related infrastructure, primarily stormwater infrastructure, in the Sunapee watershed. The objective was to help towns in the watershed avoid costly infrastructure damage and save money by adapting stormwater systems to the changing development and precipitation patterns in the region to protect water quality over the long-term (Figure 5).

Existing stormwater culverts and other infrastructure features were assessed to determine if they could handle the increased stormwater volumes under current conditions as well as under likely climate change scenarios (Figure 6). The study found 12 percent of culverts are already undersized for current land use and the recent shifts in precipitation (Simpson et al. 2012). The study also found between 35 percent to 70 percent of culverts were undersized for a range of likely population growth and climate change scenarios. The project team estimated the watershed-wide cost of upgrading the culvert system for the “most likely” future storm scenario was 12 percent greater than constructing culverts to the historical design standards. They proposed a financing mechanism using a 20-year municipal bond that would result in a minimal increase in property taxes ($15 per household per year), which seems like a bargain for adapting civil infrastructure compared to the emergency repair costs that might be required for another storm like Irene. Through an education and outreach program, they motivated the community to develop and implement a long-term adaptation program to upgrade the stormwater management system and promote low impact development in the watershed.

Enhancing stormwater management is also a high priority around Lake George, a long-time tourist destination in the southern Adirondack Mountains of New York known for its clear water, sport fishing, and scenic vistas. Although Lake George’s mountainous watershed is relatively small and largely forested, its steep slopes are easily eroded by stormwater in the absence of stabilizing vegetation, a problem exacerbated by local land development and the increase in high flow events. Over the last halfcentury, high sediment loads in streams draining developed areas of the watershed have led to the formation of deltas at inlets that in some cases extend hundreds of feet into the lake, altering shoreline habitat, impeding recreational activities, and threatening water quality (Figure 7).

As with Lake Sunapee, stormwater infrastructure designed for the hydrology of last century is inadequate for the increasingly frequent, large rain events that are occurring. To overcome stormwater and other management challenges, the Lake George Association (LGA) plans and implements “Lake- Saving Projects” in collaboration with the Warren County Soil and Water Conservation District and other public and private partners that include local towns and homeowner’s associations. The aim of these projects is to protect Lake George’s economically valuable water quality (LGA 2016). Several recent projects have involved a combination of green and gray infrastructure to maximize infiltration along steep slopes and shoreline areas where space is valuable and limited. The native vegetation holds sediments in place and slows down surface runoff so that it can be captured by gray infrastructure, such as dry wells, and released into the ground to allow for natural filtration of the water before it enters the lake.

The LGA is also using bio-engineering to restore eroding shorelines and gullies. Collectively, these projects are building the lake’s resiliency to climate change.

The LGA stresses the importance of monitoring and maintaining investments in erosion control and stormwater management to ensure proper functioning and achieve the goal of keeping sediments and associated nutrients and pollutants out of the lake. In many cases, green infrastructure and bio-engineering solutions that incorporate native vegetation become self-sustaining once established, requiring less maintenance than gray infrastructure and providing additional benefits of habitat and carbon capture.

With anticipated increases in sediment- and nutrient-laden runoff, it is important to slow down overland flow and increase opportunities for infiltration in shoreline and upland areas. This can be achieved through low-impact development and the incorporation of green infrastructure such as rain gardens and barrels, bioswales, green roofs, biofiltration galleries, silva cells, constructed wetlands, street trees, and permeable pavement. These practices are part of the management toolbox for all three watershed highlighted in this paper. While green infrastructure has lower capacity than traditional stormwater practices (or “gray” infrastructure), the LCBP report explains that green infrastructure can be effective when dispersed throughout the landscape (Figure 8).

These case studies illustrate why sound shoreline and riparian zone management gain added importance in light of climate change, especially in areas experiencing more frequent heavy rain events. Though there are still relatively few examples of climate adaptation and resilience plans for lakes, the experience and actions taken around lakes that are already feeling the effects of a changing climate highlight how existing management practices may need to be modified to account for current and projected future conditions:

In this time of global change, building resilience and mitigating the impacts of increases in extreme precipitation events are becoming increasingly important considerations for shoreline and riparian zone management of inland waters.