It is with great sadness that we share that Gary M. Lovett, forest ecologist and Senior Scientist Emeritus at Cary Institute of Ecosystem Studies, died on December 17, while skiing with friends in the Catskills.

Throughout his career, Gary stretched the boundaries of ecosystem science, advancing understanding of how forests process pollution, cycle nutrients, and respond to pests and pathogens. His research achievements were matched with a passion for bringing science to bear on policy and practice that led him to forge collaborations with nonprofits, government, and industry, chief among them his Tree-SMART Trade campaign.

A deeply valued member of the Cary community, Gary was a leader and collaborator in so many other communities, among them the Hubbard Brook Long Term Ecological Research (LTER) community, the Catskill Environmental Research and Monitoring (CERM) conference, the Catskill Science Collaborative, and the Northeastern Ecosystem Research Cooperative.

Colleague Peter Groffman, who succeeded Gary as the lead investigator on the Hubbard Brook LTER Program, notes, “Gary was an internationally recognized forest ecologist who made fundamental contributions to the field, and aggressively worked the interface between science and society. The strength of his contributions to both the content and culture of science was deep and will be missed by many.”

Raised in New York’s Capital Region, Lovett was shaped by summers at Helderberg Lake in a cabin his parents built by hand. He received a BS in Biology from Union College (1975) and a PhD from Dartmouth College in Biology and Plant Ecology (1981). Before being hired at Cary Institute, he was a postgraduate fellow at Oak Ridge National Laboratory (1981-83) and a research associate at the University of Tennessee (1983-85).

Gene E. Likens, founding President of Cary Institute, hired Gary on staff in 1985. He recalls, “Gary was incredibly bright and an early adopter of using computer models to understand ecosystem processes. He also turned out to have a gift for bringing people together to tackle complex ecological issues in a way that maximized the usefulness of outcomes for everyone. He was an exemplary team player. His scientific contributions have been diverse and have had a very high impact.”

His early research transformed how scientists calculate forest nitrogen budgets. He was among the first to document that dry atmospheric deposition - from particles in the air - delivered as much or more nitrogen to forests than rainfall. Gary also advanced scientific understanding of nutrient cycling in forests, in particular how trees, soils, and microbes interact to control nitrogen, and how this regulates forest growth, carbon sequestration, and nitrogen pollution to streams.

One of his first efforts translating science into action drew on his expertise on the interplay between ecosystems and the atmospheric deposition of pollutants. Gary was an author or co-author on many of the most important papers in this area. He worked with The Nature Conservancy on Threats from Above, a report highlighting the need for ecologically-relevant air pollution limits and more comprehensive air pollution monitoring, to prevent damage to our nation’s natural resources.

Cary Senior Scientist Emeritus Charlie Canham noted that “Gary was among the first to highlight that while the Clean Air Act was effective at reducing the quantity of pollutants that went into the atmosphere, it failed to take into account the different sensitivities of ecosystems and biodiversity that received this pollution when it fell back to Earth.”

While undertaking long-term studies on nutrient cycling in Catskill Mountain forests, Gary was faced with a harsh reality – trees on his study plots were dying off due to pests like Beech Bark Disease, Hemlock Woolly Adelgid, and spongy moths. This spurred him to shift his research and policy focus, and he became a critical ‘voice for the forests’, assembling interdisciplinary experts and advancing science-based solutions to prevent the accidental importation of new forest pests, which he came to see as the most severe threat to forest health throughout the eastern US.

Dr. Canham notes “The thing that I consider so absolutely remarkable about Gary’s science career was his transition out of the confines of academia to take on the threat of forest pests and pathogens. Tree-SMART Trade is an extraordinary legacy. Anyone who cares about forests needs to do anything they can to ensure that effort lives on.”

His sudden death is a tremendous loss to the field, and all who knew his probing mind, kind nature, and commitment to protecting the natural world, in particular forests.  “Gary had a gracious approach to science and professional interactions—no ego involved. He wanted to see the best work done by groups that could tackle thorny issues, and he always managed to have fun in the process. Better colleagues are hard to find,” comments Cary President Emeritus William Schlesinger.

Gary was a mentor to several generations of scientists. Pam Templer, Professor and Chair of Biology at Boston University and Co-PI of the Hubbard Brook LTER comments, “Throughout my career, Gary was one of the kindest and most supportive mentors and a wonderful role model. I began working with him as an undergraduate in Cary Institute's REU Program, then he was on my PhD committee, and I continued to work with him at Hubbard Brook. Throughout the years he was a generous colleague and collaborator. I will miss him and his words of wisdom tremendously.”

A long-time resident of Stanford, NY, Gary was on the Town of Stanford’s Conservation Advisory Committee, led the effort to develop a new comprehensive plan for the town, and was in the process of leading a Natural Resource Inventory at the time of his death.

Our hearts go out to Gary’s family, including his wife, Janet Allison, and daughter, Em Lovett, and to the friends and colleagues who have sent an avalanche of love and condolences. Gary was a truly exceptional scientist, mentor, environmental advocate, and friend.

A memorial service will be held on Saturday, January 21, in the auditorium at Cary Institute of Ecosystem Studies, 2801 Sharon Turnpike, Millbrook, NY. Calling hours are from 11:30am - 1:30pm, with a Remembrance Service at 2:00pm.

At the request of his family, memorial gifts should be made to the Tree-SMART Trade project via Cary Institute.

Donate in memory of Gary Lovett

Gary was a treasured near 30-year mentor and later collaborator and friend, advising not only me but many of my students as well.

It was a great delight over the years to work with Gary in his many roles, and none nicer than those in which his enthusiasm for the application of his work and energy became so focused in making a difference to policy and the state of the world through the Science Policy Exchange. He was a great colleague and creative leader.

Gary set a gold standard for how to blaze a brilliant path as both a scientist and a high quality human being.

Speaking on behalf of our fellow staff who have worked with Gary we are devastated by this loss. He was a passionate, dedicated, and extremely important advocate – we are truly going to be missing a champion of our forests.

I will miss you Gary! Thanks for advising me in such a kind and generous way during my 2-years research at Cary. I loved sampling with you at the beautiful Catskills & enjoyed very much our discussions about the fate of soil C and N on those plots. I will always remember you!

Gary Lovett was an incredible friend, mentor, and collaborator. His loss is devastating and pervasive, but his passion for protecting forests, his curiosity in observing the natural world, and strong commitment to mentoring young scientists will live on. He is deeply missed.

This news makes me so sad — for his family, friends, and discipline. His influence is deep & has shaped thought about ecosystems, & ecology more generally, for many of us. What a loss.

Gary was always so encouraging to young scientists and listened to their ideas and provided such brilliant insights. Sending thoughts to his family and community at Cary Institute.

A giant loss. Gary was a dedicated scientist, mentor, and about as nice a guy as they come. Heartfelt vibes to his family, friends, and all my old Cary family. I’d like to think he now walks through beautiful, unspoiled ancient forests. You will be very missed, Gary.

Shocked to learn this very sad news. Gary was a curious, intelligent and kind man who made an impression on everyone he crossed paths with during his journey on this earth. Sending love and prayers to his wife Janet, daughter Emma and his work family at the Cary Institute of Ecosystem Studies.

Gary was my next door neighbor and a friend of more than 40 years. When my oldest daughter found out about his passing, she said "he was one of those people whose kindness and goodness, let alone his brilliance in his field, was reassurance that there is hope for a better world." My feelings exactly. We are so sorry Janet and Emma. The world is a lesser place without him. 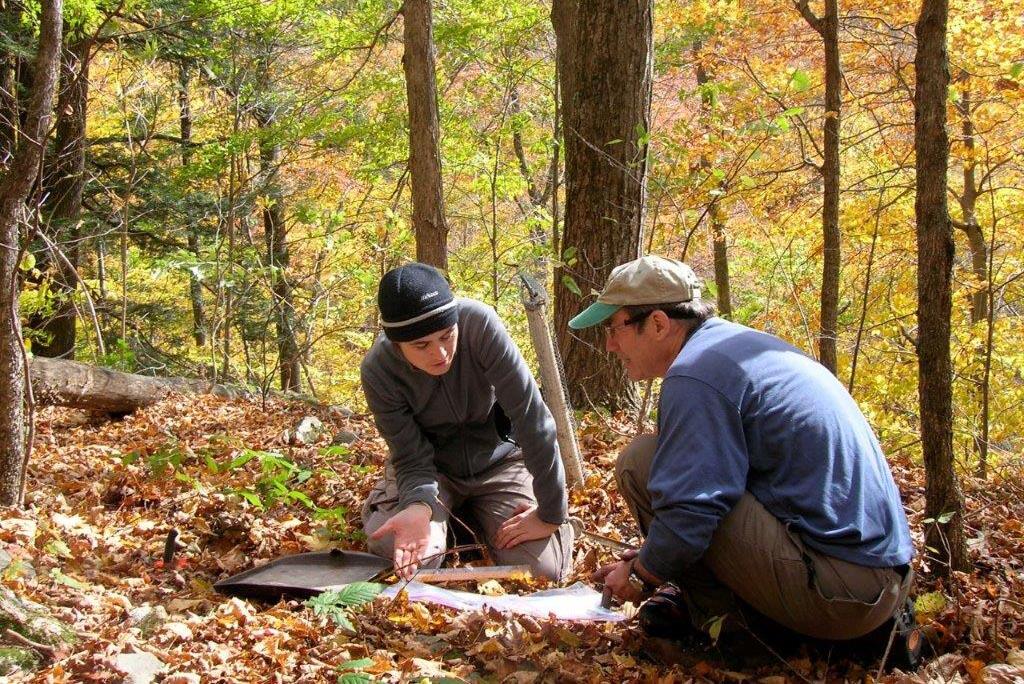