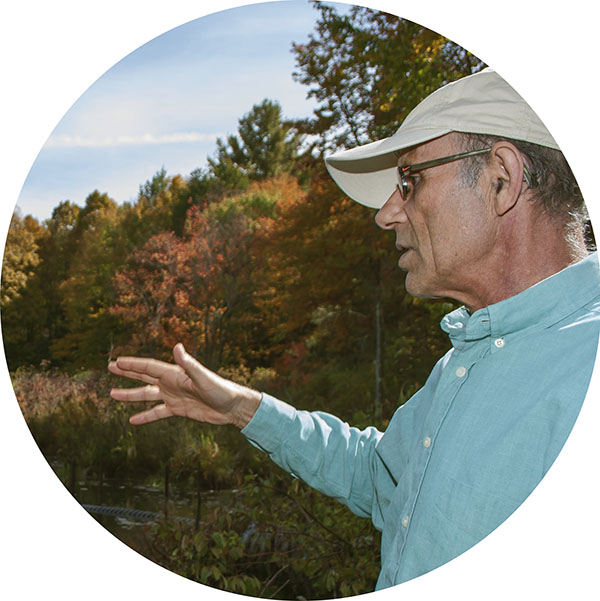 In 1890, there were about 250,000 pairs of Atlantic puffins breeding on Grassholm, a 22-acre island a few miles off the southwest coast of Wales in the United Kingdom. By 1940, there were only 25 breeding pairs. Today, few if any puffins breed on this rocky island. It is now home to the third largest Atlantic gannet colony on the planet: 35,000 breeding pairs, about 12 percent of the entire world gannet population.

Grassholm was named by the Vikings; it means "Grass Island" in Norse. Why call what is mostly a rocky island a grass island? What happened to the puffins? Why are there so many gannets living there today? There is a connection.

The Atlantic puffin is a small seabird - 12 inches tall, 20-inch wingspan - that dives for fish, squid and crustacea such as shrimp and krill. Easily recognized during the breeding season by its brightly colored beak, it has been called the "clown of the ocean" and the "sea parrot." Puffins establish breeding colonies on grassy areas found on sea cliffs and islands.

Puffins rear their young in nesting burrows, so grassy areas with deep soil are essential. Each burrow is about three feet deep ending in a chamber, and it is usually lined with grass, leaves and feathers. Burrows shelter chicks from inclement weather and protect them from predators, such as sea gulls.

Using their beaks to cut into the ground, puffins make their burrows by shoveling soil behind them with their clawed feet. On exposed sea cliffs and islands, this loose soil is prone to being washed away by the rain or blown away by the wind. Once lost, it takes thousands of years for eroded soil to be replaced from the weathering of rock.

In the short span of 50 years, by making nesting burrows, half a million puffins turned a grassy island into a rocky island. In all likelihood, they have permanently destroyed their previous breeding grounds. Thousands of years from now, if enough soil accumulates, puffins might be able to return to Grassholm. But because the island is exposed to the elements, without its past covering of plants to anchor the soil, it will be very difficult for grass to grow on Grassholm.

Large seabirds called gannets seem to have benefited from the environmental destruction caused by puffins. Gannets prefer to nest in the open on cliffs and rocky outcrops, the very habitat created by puffin erosion. As the Grassholm puffin population declined, the gannet population exploded.

The puffins of Grassholm were unable to predict their nesting activities were unsustainable. They could not anticipate how their actions would affect future generations of puffins. Even if they were capable of such contemplation, they didn't have environmental experts telling them just how rapidly they were changing their environment; that if unchecked their burrowing would destroy their breeding grounds. Fortunately for the last puffin fledglings reared on Grassholm, there were other sea cliffs and islands to go to breed.

When I read about the many environmental problems facing us now and into the future on this island called Earth, I cannot help but think of the puffins of Grassholm. Unlike them, we have nowhere else to go. But also unlike them, we can use our scientific understanding of environmental change to contemplate our future and act accordingly.