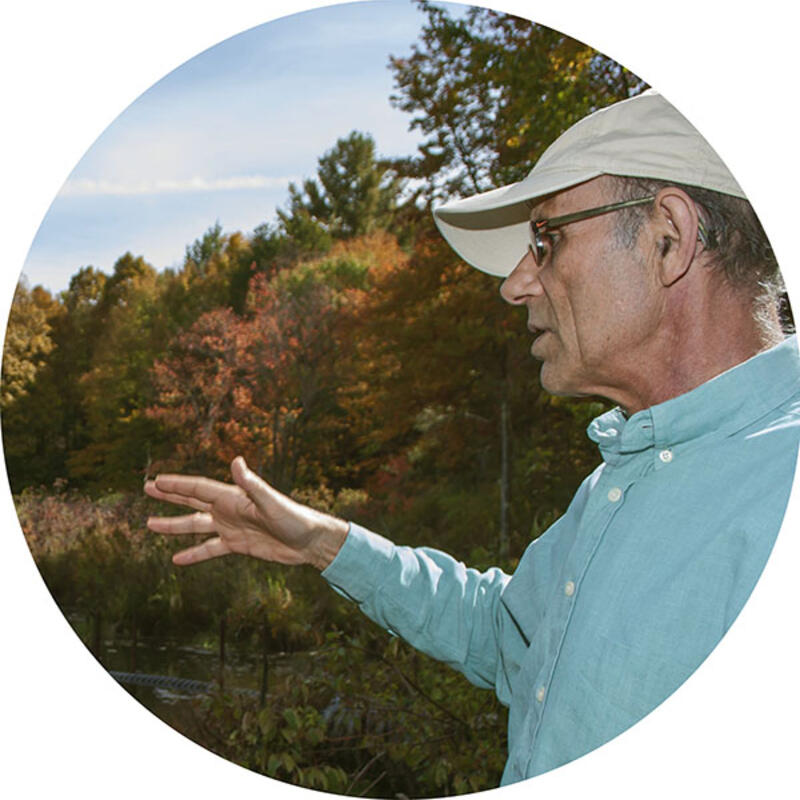 Clive Jones has spent much of his career studying how organisms physically and chemically modify the non-living environment, and the consequences for other species and ecological processes. This rapidly growing field of science pioneered by Jones is called Ecosystem Engineering. Dam-building beavers, earthworms plowing soil, and plants stabilizing sand dunes are some examples of organisms that serve as engineers in nature.

Humans are clearly ecosystem engineers par excellence; agriculture is but one case in point. Jones explores how ecosystem engineering principles can be applied to understanding human environmental modification, with the goal of improving practices so that there is less collateral adverse impact: for example, allowing rivers to meander, which provides flood control, rather than straightening them. Of particular interest to Jones is the possibility of using nature’s engineers to do environmental modification work: deploying beavers to create habitats for species; reintroducing native earthworms in European farms to enhance soil fertility.

The concept of ecosystem engineering illustrates a more general strategy of both using natural processes and mimicking nature in order to enhance environmental sustainability. Helping to develop ecological engineering as a practical arm of sustainability science has been a central thrust of Jones’s efforts since 2006. Working with French colleagues, he has built a multidisciplinary network of ecological, environmental and social scientists, engineers, management practitioners, business leaders, and government decision makers. Most recently, Jones helped transform an elite engineering and management school in Paris into an ecological engineering and management school.

The best intended environmental ethics and policies can’t bring about change if the capacity for effective implementation is not also present. The immediacy, complexity and interconnectedness of the environmental challenges faced by humanity require a rapid new integration of scientific, technological and management expertise, and a major commitment to training the next generation of managers in sustainable practice of wild lands to cities and all in between. The ecosystem engineering approach is central to this endeavor.