The downside of nitrogen fertilizer 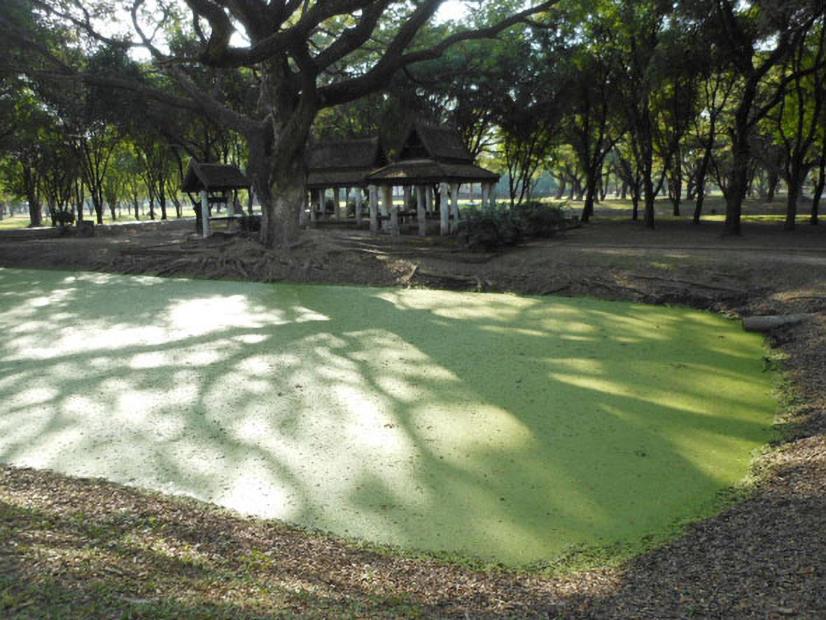 Yesterday, we introduced the topic of synthetic nitrogen fertilizer. Anyone with a lawn or a garden is familiar with the product. But prior to the 1950s, it use was not the norm.

Today, we’ve nearly doubled the natural rate of nitrogen available in soils.  An estimated 1/3 of global food production is made possible by its use, with 100 million tons applied to Earth’s surface annually. But its use has come at a price.

When nitrogen fertilizer is applied faster than plants can use it, soil bacteria convert it to nitrate.  Water-soluble nitrate is flushed out of soils in runoff, where it pollutes groundwater, streams, estuaries, and coastal oceans. In farming communities, it’s not uncommon for nitrate to render drinking wells unusable.

In streams and rivers, as on land, nitrate encourages plant growth. When aquatic plants die, their decomposition strips oxygen from the water, causing fish and shellfish kills. At the mouth of the Mississippi River, in the Gulf of Mexico, agricultural pollution has resulted in a dead zone the size of New Jersey.

Ammonia is volatized from nitrogen fertilizer and it forms fine particles in the atmosphere that are hazardous to human health. As the popularity of confined animal feeding operations has increased, so have emissions of ammonia, which can be traced to the nitrogen in feed crops.

Finally, nitrification releases a small amount of nitrous oxide which mixes into the stratosphere, where it destroys ozone. Not only does nitrous oxide destroy the ozone layer, it contributes to the greenhouse effect.

For policy makers, synthetic nitrogen may be the new carbon.

—This segment was adapted from an essay by Dr. William H. Schlesinger. Element number 7: Nitrogen, fertilizer & the nitrogen cycle.

In the tropics, nitrogen-fixing trees take a hit from herbivores

Nicholas was risen for to pisse