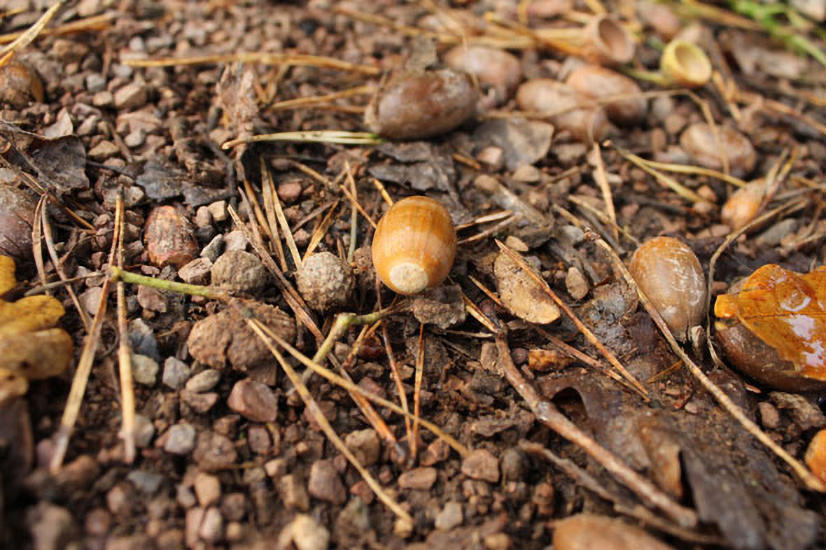 Lyme disease is spread by ticks, which feed on mice, which in turn feed on acorns.

Ostfeld: Acorns actually are an extremely nutritious food source for all kinds of different wildlife. They actually have a really long shelf life, so if you're an animal that stores food for the winter, acorns are your food of choice.

Richard Ostfeld is a senior scientist at the Cary Institute of Ecosystem Studies.

Ostfeld: So, one interesting thing about acorns is that they fluctuate hugely from one year to the next. There are years where you're hard pressed to find an acorn anywhere in the woods. And other years where forest floor is like walking on ball bearings, there's so many acorns. There might be a hundred per square meter of forest floor.

So, it's a boom and a bust cycle. And, for the mice, as go the acorns, so go the mice. When acorns are hyperabundant, the mice populations grow hugely, and they can explode in abundance the following summer.

So for Lyme disease, when mice are hyperabundant, that means that these new, newly hatched baby larval ticks are highly likely to encounter a mouse, when they're out looking for something to bite. If they bite a mouse, they're very likely to survive. Ticks biting mice don't get groomed off. They tend to survive at a high rate. And those ticks are very likely to acquire infection with one or more of these tick-borne bacteria or viruses. So what that means is the year following the mouse boom, those baby larval ticks start to appear as nymphs and many, many of them are infected, and they're likely to be hyperabundant. The summer following a good mouse year, which is two summers following a good acorn year, we have found are the riskiest years for human exposure to Lyme.