Predicting the forest of the future 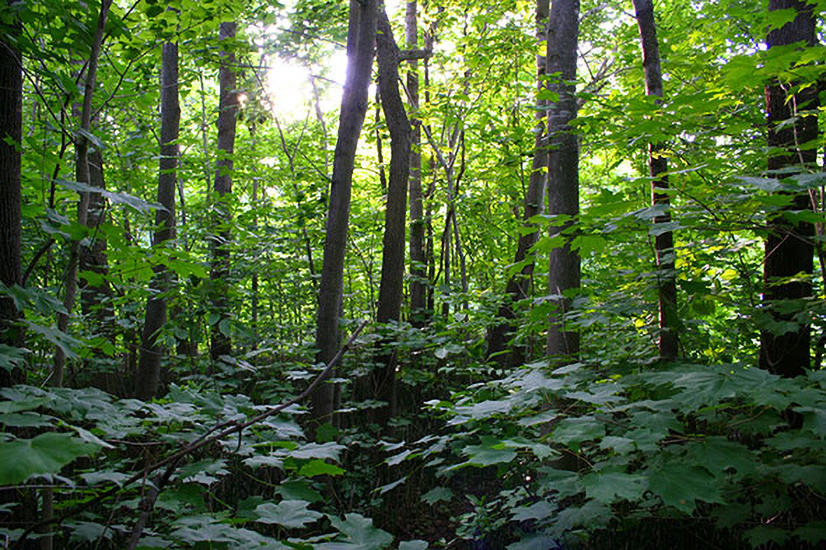 We hear a lot about how climate change will affect forests. Some projections show wholesale loss of species in the western U.S., due to fire and pests.  Sugar maple is thought likely to disappear from the eastern U.S., as conditions favorable to its survival move northward into Canada.

In all these projections, the rate of mortality is key. A large, well-established tree can hold its position for many years, even if the climate has turned unfavorable for its reproduction.  But, when it dies, it is likely to be replaced by another species.

Ecologists typically focus either on the natural causes of tree mortality, or the mortality caused indirectly by humans as a result of factors such as air pollution, and introduced pests and pathogens. Recent work by Dr. Charles Canham, a senior scientist at the Cary Institute, has shown that logging is still one of the largest sources of tree mortality in the northeastern U.S.   So, forestry, as practiced, may speed changes in forest composition in the face of climate change.

“Logging is by far the largest single cause of tree mortality in eastern forests, larger than all other causes combined.  And modern forestry is highly selective, and responds rapidly to changes in market forces and landowner objectives.   So this raises the possibility that changes in forestry practices because of landowner reactions to the risk of climate change could have as large an impact on forests as the direct effects of climate change per se.

No doubt, forests of the future will be different from those of today.   But, how fast and how different will depend, not just on changes in climate, but also changes in the rates of mortality that open up new areas for forest regeneration.