In a warmer world, the ticks that spread disease are arriving earlier 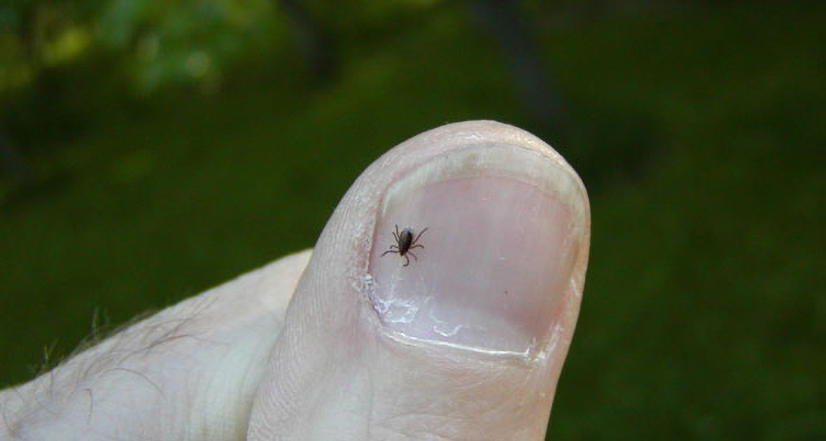 In the northeastern US, warmer spring temperatures are leading to shifts in the emergence of the blacklegged ticks that carry Lyme disease and other tick-borne pathogens. So reports a new study published in the Philosophical Transactions of the Royal Society B.

Conclusions were based on data collected at the Cary Institute of Ecosystem Studies. The 2,000-acre research campus sits at an epicenter for tick-borne disease. Ecologist Dr. Richard Ostfeld says that nearly two decades of data revealed climate warming trends correlated with earlier spring feeding by nymphal ticks, sometimes by as much as three weeks. If this persists, Ostfeld says we will need to move Lyme Disease Awareness Month from May to April.

Risk of tick-borne illness is shaped by complex interactions among pathogens, ticks, and host animals. In the case of Lyme disease: blacklegged ticks acquire the bacterium that causes Lyme when they feed on small mammals that harbor it. Ticks seek a single blood meal at each life stage: larva, nymph, and adult. Tiny infected nymphs pose the greatest threat to people.

Understanding when ticks are active – and at what life stage – is essential to predicting tick-borne disease risk. Using observations on more than 53,000 mice, 12,000 chipmunks, 403,000 larval ticks and 44,000 nymphal ticks, Ostfeld and colleagues unraveled how climate shaped the timing of tick lifecycle events.

Nymphs peaked in the spring and larvae in the summer. Both were found to emerge nearly three weeks earlier in warmer years. Ostfeld emphasizes that in the Northeast, people need to be tick-vigilant before May, as potentially infected nymphal ticks are searching for their blood meals earlier and earlier.

The Tick Project in Focus