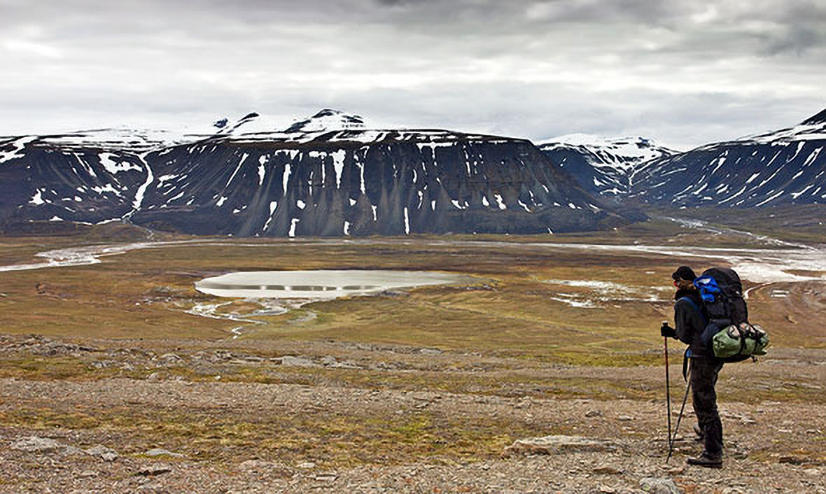 A lot of dead plant material is stored in the tundra soils of the far north. Most of it is frozen in permafrost, and inaccessible to the microbes that normally decompose organic matter in soils.

Many ecologists have postulated that as these soils warm and thaw, microbial activity will increase, and the organic matter will be lost.  This is particularly important because most of it will be lost to the atmosphere as carbon dioxide—exacerbating climate change and the warming process.

Now a new study from scientists at the University of California at Santa Barbara indicates that the response may not be so straightforward. They established an experiment twenty years ago to warm plots of the tundra to see what happens to plant and soil components.

Both plant mass and soil organic matter increased in the warmed plots over the 20-year period.  One might conclude that a warming tundra may actually store—not release—carbon dioxide to the atmosphere.  Tundra soils may act as a “sink” for atmospheric carbon dioxide.

Peter Groffman is a soil microbial ecologist at the Cary Institute…

“As the world gets warmer – especially in the Arctic, we expect the plants to grow better.  The plants take carbon dioxide out of the atmosphere and they store it in the soil.  And that would definitely increase the amount of carbon stored in these ecosystems.  On the other hand, these tundra soils have vast amounts of carbon frozen in the permafrost.  And there’s great uncertainty as to what’s going to happen as the permafrost melts.”

All this shows that the response of nature to human perturbations is complex, and long-term experiments are necessary to make predictions of future environments on Earth.