What's all the talk about mute swans? 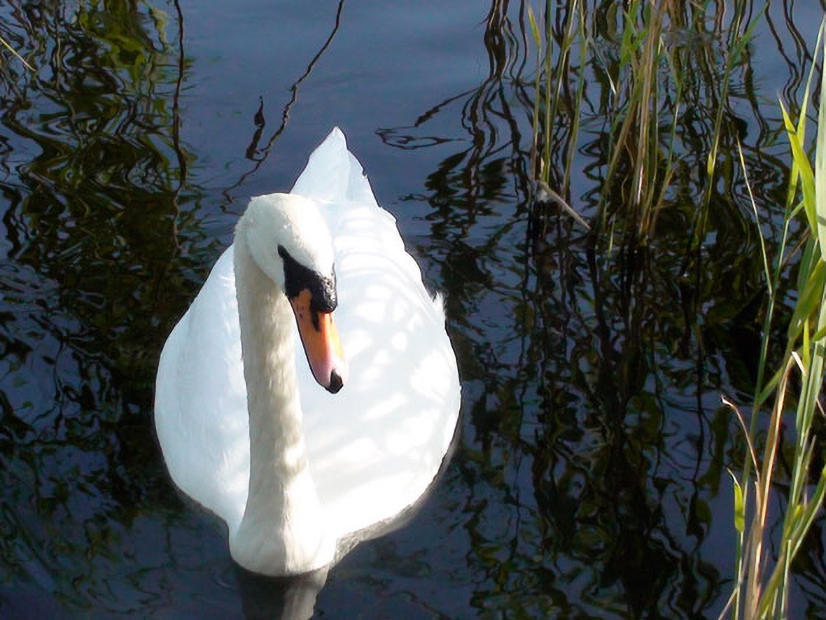 In the late 1800s, mute swans were brought from Europe to the eastern U.S. to enhance the beauty of ponds on private estates.  Unlike the dark-billed native swans that migrate through our region in the spring and fall, mute swans are easily distinguished by their pinkish-orange bills. They also spend the entire year here.

Like many exotic species, the initial arrival of mute swans didn’t create much of a stir. It took the birds nearly a century to begin reproducing at a level that rendered them an invasive species.

Mute swans are beautiful birds. But, they have also become a nuisance—fouling waters with their excrement, damaging aquatic vegetation that is important to native wildlife, and harassing other waterfowl species.

Often our response to invasive species comes too late, when there are too many individuals to control.   Dave Strayer is a senior scientist at the Cary Institute of Ecosystem Studies.

“If you’re thinking about having a pair of swans in your pond, you’re thinking how lovely and graceful they are… and they are!  You’re not thinking about there being thousands of breeding pairs of swans that are pulling up vegetation or chasing away native water fowl.  And you’re not thinking about the difficulty of getting them back into the box so to speak once they’ve dispersed.  And that’s actually a common attitude about invasive species. Many of them were brought in as desirable plants and animals without really full consideration of how their impacts might develop and how they might spread.”

We’ve see many examples of the expense and impact of invasive species, such as starlings.  It seems reasonable to control the invasion of mute swans while there is still time.