(Millbrook, NY) The month of May brings many things, among them Mother’s Day, tulips, and Lyme Disease Awareness campaigns. But according to Dr. Richard S. Ostfeld, a disease ecologist at the Cary Institute of Ecosystem Studies in Millbrook, NY, if we want to get a leg up on tick-borne illness we need to become vigilant earlier in the season.

In New York State, the blacklegged ticks that carry Lyme disease and other pathogens are already active in late April. Ostfeld explains: “For more than two decades, we’ve been monitoring tick activity in the Hudson Valley region and beyond. It’s clear that climate warming is leading to earlier spring feeding by nymphal ticks, sometimes by as much as three weeks. While peak nymph activity occurs in May, in some years it’s at the beginning of the month.”

Paying attention to nymphal tick activity is essential to protecting public health. This tick life stage poses the greatest threat to people. Nymphs are both extremely small – about the size of a poppy seed – and often infected with the bacterium that causes Lyme disease. This stage is also the main carrier of the agents of babesiosis and anaplasmosis. In contrast, larval ticks are born free of these tick-borne pathogens, while feeding adult ticks are often large enough to detect. 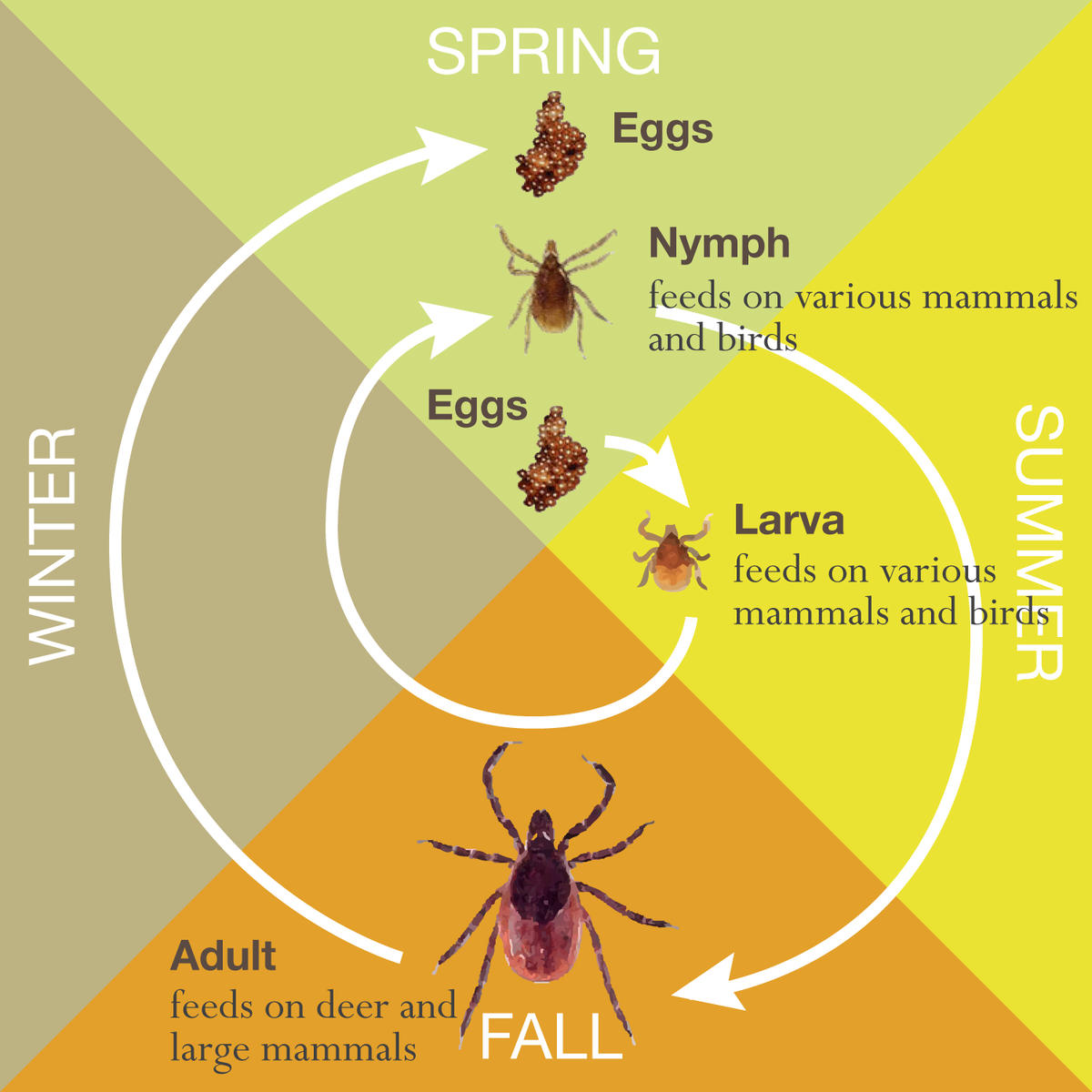 Results on the trend toward advanced spring emergence were published this February in the journal Philosophical Transactions of the Royal Society B.  Among the paper’s findings: nymphal ticks peak in the spring, larval ticks peak in the summer, and both emerge nearly three weeks earlier in warmer years.

As a result, Ostfeld is advocating moving Lyme Disease Awareness month to April. “By encouraging safe behavior, public education campaigns play a real role in reducing the number of people that suffer from Lyme disease and other debilitating tick-borne illnesses. In New York State – and likely throughout the Northeast – we need to begin taking preventative measures before May, as potentially infected nymphal ticks are already on the move.”

Research conducted in Nantucket, Massachusetts suggests that educational interventions can lower the incidence of Lyme disease between 20% and 60% depending on the length of time people spend outdoors in areas where ticks are active.

Those hoping the harsh Northeast winter will make for a milder tick season are likely out of luck. Ostfeld explains, “There is no indication that fewer ticks will be a silver lining from the cold winter. We actually expect the opposite. Snow provides ticks with an insulating layer that may be protective.”

Interested in learning more about how environmental conditions influence tick-borne illness? On May 29th at 7 p.m. Ostfeld will be presenting a public lecture on how interactions among pathogens, ticks, host animals, and climate set the stage for human infection.

Philosophical Transactions of the Royal Society B press release
In a warmer world, ticks that spread disease are arriving earlier, expanding their ranges

Podcast on opossums, unlikely Lyme allies
Why you should brake for opossums