(Millbrook, NY) Wikipedia reigns. It’s the world’s most popular online encyclopedia, the sixth most visited website in America, and a research source most U.S. students rely on. But, according to a paper published today in the journal PLOS One, Wikipedia entries on politically controversial scientific topics can be unreliable due to information sabotage.

Co-author Dr. Gene E. Likens is President Emeritus of the Cary Institute of Ecosystem Studies and a Distinguished Research Professor at the University of Connecticut, Storrs. Likens co-discovered acid rain in North America, and counts among his accolades a National Medal of Science, a Tyler Prize, and elected membership in the National Academy of Sciences. Since 2003, he has monitored Wikipedia’s acid rain entry.

Likens explains, “In the scientific community, acid rain is not a controversial topic. Its mechanics have been well understood for decades. Yet, despite having ‘semi-protected’ status to prevent anonymous changes, Wikipedia’s acid rain entry receives near-daily edits, some of which result in egregious errors and a distortion of consensus science.”

Using nearly a decade of data, Likens and Wilson teased out daily edit rates, the mean size of edits (words added, deleted, or edited), and the mean number of page views per day. While the edit rate of the acid rain article was less than the edit rate of the evolution and global warming articles, it was significantly higher than the non-controversial topics. Across the board, politically controversial scientific topics were edited more heavily and viewed more often. 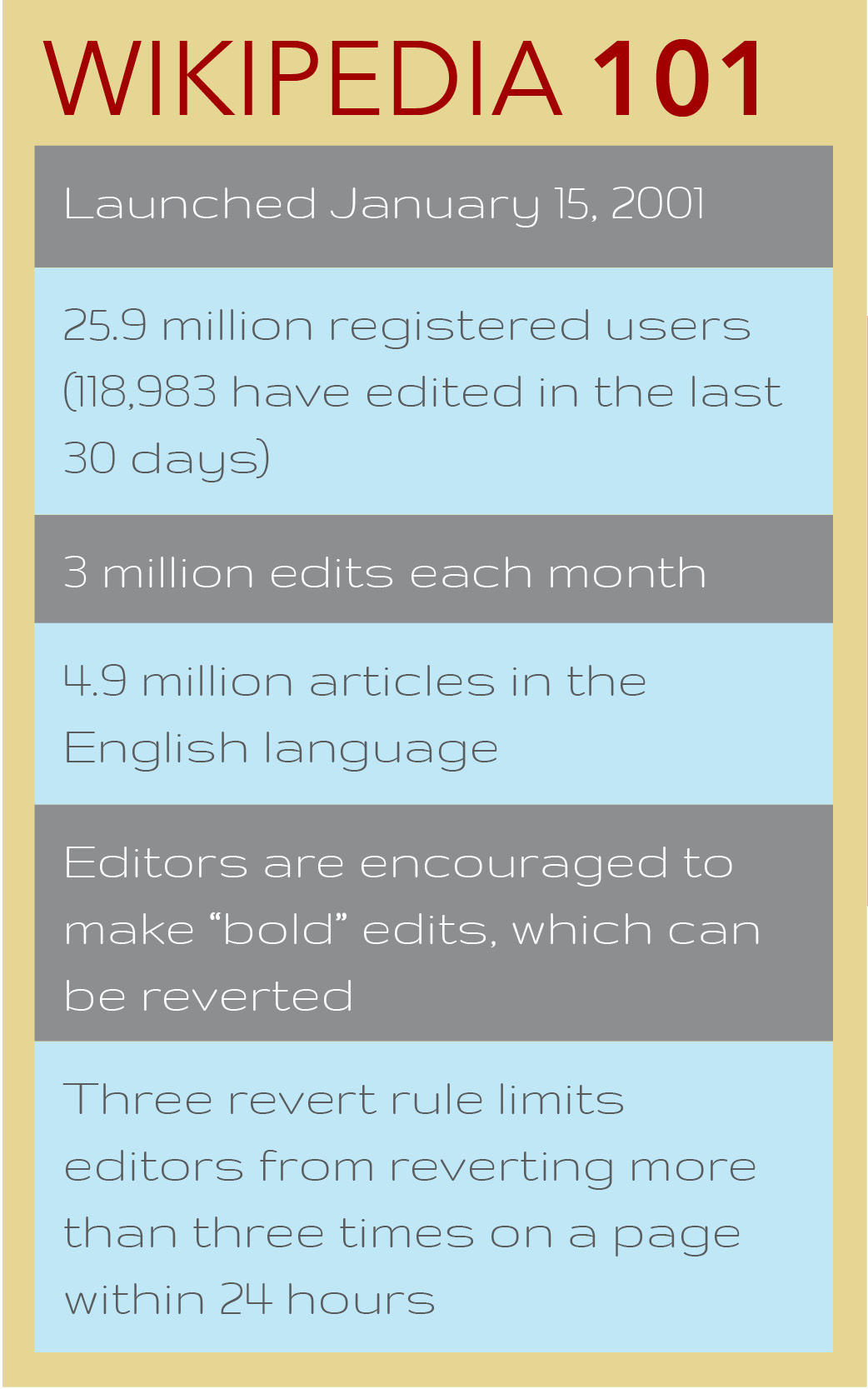 “Wikipedia’s global warming entry sees 2-3 edits a day, with more than 100 words altered, while the standard model in physics has around 10 words changed every few weeks, “ Wilson notes.  “The high rate of change observed in politically controversial scientific topics makes it difficult for experts to monitor their accuracy and contribute time-consuming corrections.”

Likens adds, “As society turns to Wikipedia for answers, students, educators, and citizens should understand its limitations for researching scientific topics that are politically-charged. On entries subject to edit-wars, like acid rain, evolution, and global change, one can obtain – within seconds – diametrically different information on the same topic.”

The authors note that as Wikipedia matures, there is evidence that the breadth of its scientific content is increasingly based on source material from established scientific journals. They also note that Wikipedia employs algorithms to help identify and correct blatantly malicious edits, such as profanity. But in their view, it remains to be seen how Wikipedia will manage the dynamic, changing content that typifies politically charged science topics.

To help readers critically evaluate Wikipedia content, Likens and Wilson suggest identifying entries that are known to have significant controversy or edit wars. They also recommend quantifying the reputation of individual editors. In the meantime, users are urged to cast a critical eye on Wikipedia source material, which is found at the bottom of each entry.

For more than 30 years, the Cary Institute of Ecosystem Studies has been a global leader in ecosystem science. Areas of expertise include disease ecology, freshwater and forest health, climate change, urban ecology, and invasive species. As an independent, not-for-profit organization, our scientists produce the unbiased research needed to inform effective management and policy decisions.