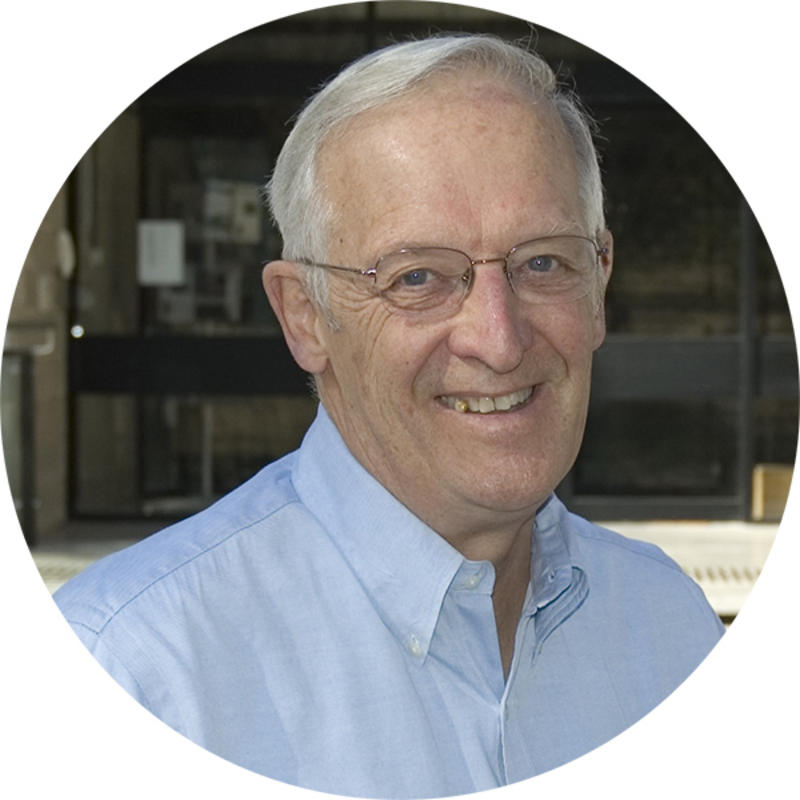 Likens is best known for co-discovering acid rain in North America and identifying fossil fuel combustion as the cause of increasing precipitation acidity. This work has influenced governmental policy, particularly the Clean Air Act Amendments of 1990.

Hubbard Brook is a National Science Foundation research site that has been continuously studied and monitored for more than 50 years. Likens’ world-renowned work at the site examines the effects of air pollution and land use on watershed ecosystems. His studies at Mirror Lake in the Hubbard Brook Valley have advanced understanding of the importance of physical, chemical, and biological connections linking the lake with its watershed and airshed.

Prior to founding Cary Institute of Ecosystem Studies, Likens served on the faculty of Cornell University (1969-1983), where he is now an Adjunct Professor. Likens also currently holds faculty positions at Yale and Rutgers Universities, SUNY Albany, and the University of Connecticut. He has been an advisor to two governors in New York State and one in New Hampshire, as well as one US President.

Likens has served as President of the International Society of Theoretical and Applied Limnology, American Institute of Biological Sciences, Ecological Society of America, and American Society of Limnology and Oceanography.

Selected for the 2019 Benjamin Franklin Medal in Earth & Environmental Science for his work on acid rain.

Honorary Doctoral Degree from Uppsala University for "his outstanding contributions to research in ecology and biogeochemistry". He was a visiting professor at the university from 2011-2013.

BBVA Foundation Frontiers of Knowledge Award in Ecology and Conservation Biology “for decisive advances in the science of predicting the ecosystem impacts of human activity.” The award was presented at the Marqués de Salamanca Palace in Madrid, Spain.

Mirror Lake Hamlet, adjacent to the Hubbard Brook Experimental Forest, was renamed and dedicated “Likens Conservation Campus at Mirror Lake – Honoring the Leadership and Scientific Achievements of Gene E. Likens & Phyllis C. Likens. In recognition of their enduring contributions to the science and community of Hubbard Brook.”

The Likens Conservation Campus at Mirror Lake is owned by the Hubbard Brook Research Foundation and provides critical housing space for HBES scientists and students, access to the lake and shoreline protection for the lake. 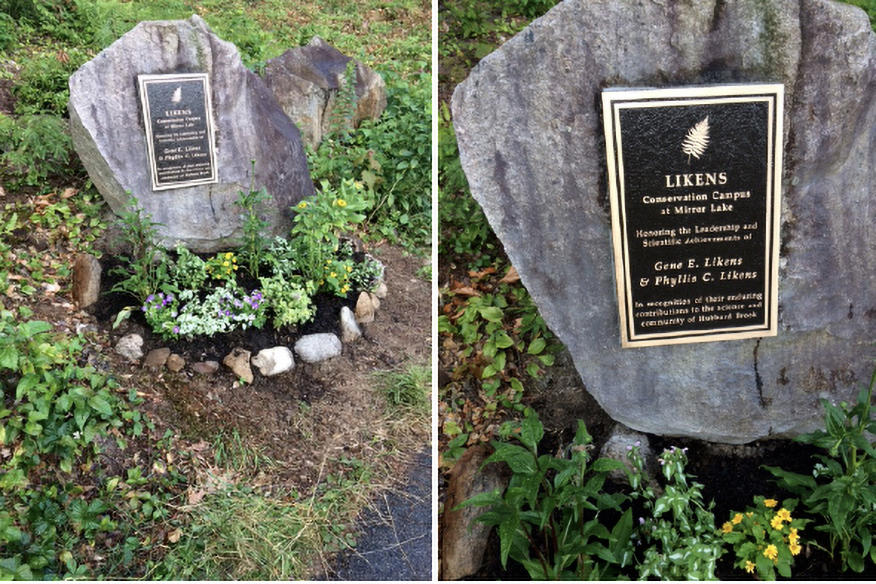 Delivered the keynote address for the Montclair State University’s College of Science and Mathematics Convocation ceremony and received an honorary Doctor of Science degree from the University.

While lecturing and traveling in China in October/November 2009, he was awarded an Honorary Professorship from Jinan University, located in Guangzhou.

Co-recipient of the 2003 Blue Planet Prize for outstanding scientific research that helps to solve global environmental problems. Dr. Likens was awarded the distinction along with Dr. F. H. Bormann, his long-term collaborator in the Hubbard Brook Ecosystem Study in New Hampshire. The Asahi Glass Foundation aspires for the Blue Planet Prize to be recognized as the environmental equivalent of the Nobel Prize.

Likens was awarded the 2001 National Medal of Science, the nation’s highest science honor, for his contributions to the field of ecology.

Likens was awarded the Tyler Prize in 1993.

END_OF_DOCUMENT_TOKEN_TO_BE_REPLACED

Complex Response of the Forest Nitrogen Cycle to Climate Change

Climate exerts a powerful influence on biological processes, but the effects of climate change on ecosystem nutrient cycles are poorly resolved. While rare, long-term records offer a unique opportunity to disentangle effects of climate from other anthropogenic influences. In a study of the longest and most complete record of watershed nutrient and climate dynamics available worldwide, collected at the Hubbard Brook Experimental Forest in northeastern US, interactions between climate and nutrient dynamics were analyzed. We found that climate alone cannot explain the occurrence of a dramatic >90% drop in watershed nitrate export over the past 46 years, despite longer growing seasons and higher soil temperatures. We do identify two factors capable of causing the observed change in the nitrogen cycle: altered paths of soil-water flow and lasting effects of historic forest cutting. [see Bernal et al. 2012, Proc. National Academy Sci. 109(9):3406-3411.  DOI:10.1073/pnas.1121448109]

Dr. Likens has studied Mirror Lake, situated near the base of the Hubbard Brook Valley in New Hampshire, for more than 50 years. Ongoing studies, with students and colleagues, include research on chemical flux and cycling, hydrology, physical dynamics, climate change, history, and ecology. Their goal is to understand the interactions of air, land and water from an ecosystem perspective. A comprehensive book based on this research was published in 1985; a second book, integrating 20 years of biogeochemical and hydrological data, was published in 2009.  Current projects include diverting road salt inputs away from the lake, and long-term analysis of ice cover duration on the lake [Likens and Buso 2010, Water, Air and Soil Pollution 205:205-214; LaBaugh et al. 2013, U.S. Geological Survey Open-File Report 2013-1087, http://pubs.usgs.gov/of/ 2013; Kaushal et al. 2019, “Novel ‘Chemical Cocktails' In Inland Waters Are A Consequence Of The Freshwater Salinization Syndrome”,  doi:10.1098/rstb.2018.0017]

Dr. Likens spent much of 2008-2010 in Australia on two fellowships. First with the ‘Water for a Healthy Country’ program at CSIRO in Canberra, and the second was a Commonwealth for Environment Research Facilities (CERF) fellowship at the Australian National University (ANU) in Canberra. The CERF Fellowship was spent thinking about and developing a strategic plan for a long-term monitoring program in biodiversity and environmental change for Australia. This task was accomplished and a brief description can be found in Likens and Lindenmayer (Austral Ecology, 2011).

Dr. Likens was a Visiting Professor at Uppsala University in the Department of Limnology during February-April 2011, September-November 2012, and March-May 2013. This time was spent in writing, interacting with students, postdocs and faculty at the University and at the nearby Swedish University of Agricultural Sciences (SLU), teaching a seminar on eutrophication, scientific ethics, and communications and lecturing.

Dr. Likens offered mini-courses in Scientific Ethics and Communication and Ecosystems and Biogeochemistry at the University of Connecticut-Storrs during 2005-2010. During the fall semester of 2011, he returned to the University of Connecticut-Storrs as a Distinguished Visiting Research Professor in the Department of Ecology and Evolutionary Biology to give a seminar course with colleagues on 'Nature, Science and Society'. Dr. Likens is scheduled to give this course through 2020. As of 1 July 2012, he became the Special Advisor on Environmental Affairs to the UCONN President, and Distinguished Research Professor. Dr. Likens is in residence at UCONN-Storrs during the semester.