A 5 year study (2016-2021) that tested whether neighborhood interventions can prevent tick-borne diseases in our communities.

In the US, more than 400,000 people are diagnosed with Lyme disease each year.

Expanding tick populations, climate change, and forest fragmentation are all expected to contribute to the continued spread of Lyme disease, which has emerged as one of our nation’s most complicated public health crises. In the Northeast, the blacklegged ticks that infect people with Lyme disease can also transmit babesiosis, anaplasmosis, and Borrelia miyamotoi. Co-infections are not uncommon.

Lyme disease can be difficult to diagnose and treat; impacts on victims and their families are often profound. Treatment is also expensive: a recent Johns Hopkins study estimates that tick-borne illnesses cost the US healthcare system up to $1.3 billion annually. Despite human suffering and medical costs, funding for Lyme disease research and prevention remains inadequate.

While some aspects of Lyme disease treatment are controversial, there is universal agreement on the importance of disease prevention. No human vaccine is available. Prevention hinges on reducing encounters with infected ticks, which relies on a deep understanding of the ecology of Lyme disease.

What if we could prevent Lyme instead of just treating it?

Research conducted by the CDC found that spraying individual yards with pesticides did not reduce tick–borne illness and tick encounters.  Our goal is to test a community-based prevention model that reduces human exposure to Lyme disease. This approach could revolutionize Lyme disease prevention.

This groundbreaking 5 year project was led by Cary Institute disease ecologist Dr. Richard Ostfeld and Bard College biologist Dr. Felicia Keesing, in partnership with the US Centers for Disease Control and Prevention, the New York State Department of Health, and the Dutchess County Department of Behavioral and Community Health. 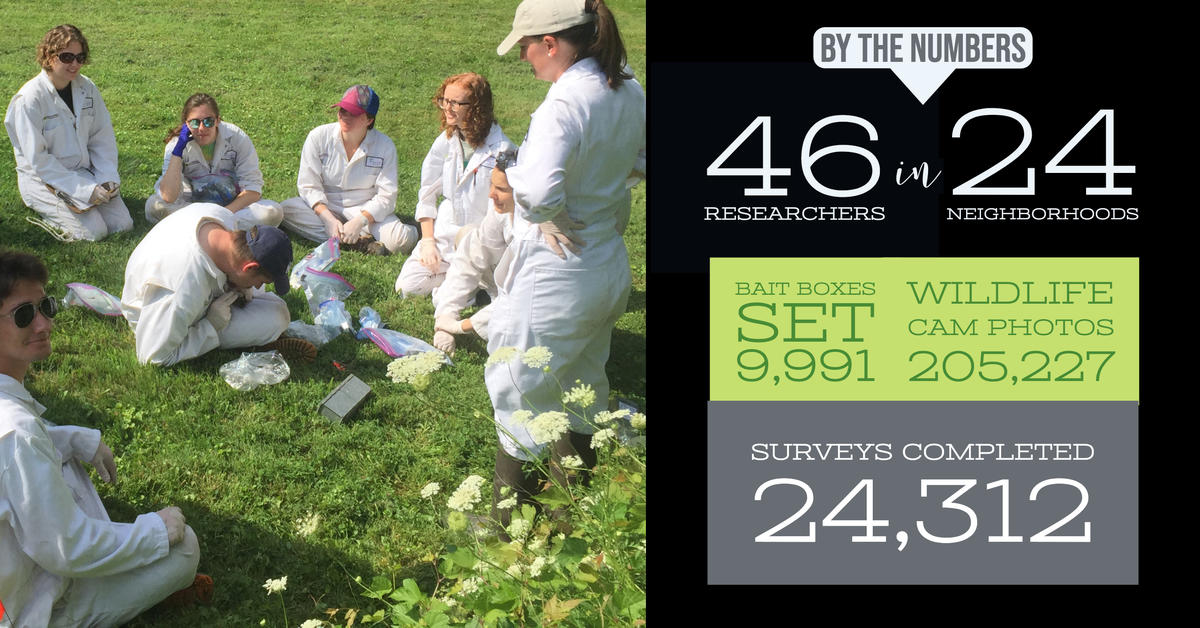 The TCS bait boxes reduced the number of ticks in people’s yards by about half. There was no reduction in tick numbers from the Met52 fungal spray.

Most importantly, though, the incidence of tick-borne diseases in people was not affected by either the TCS boxes or the Met52 spray. People’s encounters with ticks were also not reduced by the boxes or the spray.

If you have a pet, the good news is that the incidence of tick-borne diseases in pets was lower by about half on properties that were treated with either the boxes or the spray, or both.

It is not known why there was no difference in the incidence of tick-borne diseases in people when the number of ticks in yards was lower, but there are a few hypotheses.

It could be that having even a fairly small number of ticks in your yard is enough for you and your family members to have a risk of getting a tick-borne disease. The bait boxes and spray might not have gotten tick numbers below this level, even with rigorous application of these products.

Another possibility is that people in the study got infected from ticks they encountered in places other than their yards or neighborhoods. If this is the case, efforts to reduce ticks in yards might have helped pets – which often spend a lot of time in yards – more than they helped people. Unfortunately, it is not known where people – or pets -- most frequently encounter ticks.

Because of the results, reducing the incidence of tick-borne diseases in people might be quite difficult to achieve by managing ticks in neighborhoods or individual yards. The best strategy going forward may be to develop vaccinations against the diseases, or against the ticks themselves.

How you can learn more about the results

The paper describing the results is available from the journal Emerging Infectious Diseases.

What is The Tick Project?

The Tick Project was a study that tested whether neighborhood-based prevention can reduce human exposure to Lyme disease and other tick-borne diseases. The methods tested are simple and safe for people, pets, and the environment.

What was the study testing?

The study sought to determine whether two tick control interventions, used separately or together, can reduce the number of cases of Lyme disease at the neighborhood level. Interventions will target feeding and questing ticks, with a focus on reducing the number of ticks safely and economically.

Metarhizium brunneum (formerly M. anisopliae) is a tick-killing fungus that occurs naturally in forest soils in North America. A strain of this fungus, F52, has been developed as the commercial product, Met52. It can be sprayed on low vegetation where it kills host-seeking (“questing”) ticks.”

The Tick Control System, or TCS®, is a small, baited box that attracts small mammals. When an animal enters the box it receives a small dose of fipronil, the active ingredient in many tick treatments used on dogs and cats. Fipronil kills ticks on treated animals such as mice and chipmunks, which are largely responsible for infecting ticks with the Lyme bacterium.

END_OF_DOCUMENT_TOKEN_TO_BE_REPLACED 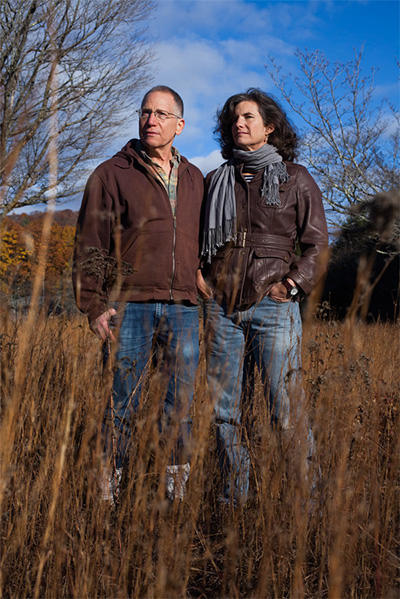 The Tick Project was led by Rick Ostfeld and Felicia Keesing who have been studying Lyme disease and ways to stop it for more than 25 years. Credit: Stephen Reiss/NPR

The Next Pandemic: Last Week Tonight with John Oliver (HBO)

Is Lyme disease on the rise? Here's what experts want you to know

The animals that ticks bite in the U.S. South can impact Lyme disease spread