A mosquito fever expands its range 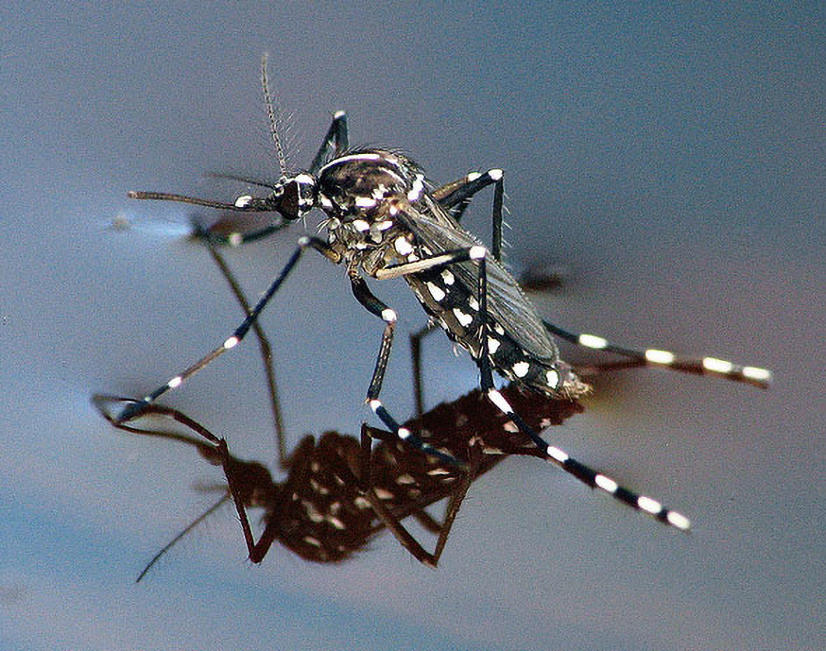 A mosquito-borne virus that causes fever, headaches, and severe joint pain has spread to the Caribbean. Experts fear it's only a matter of time before it makes its way to the U.S. Chikungunya gets its name from an East African word meaning 'that which bends,' due to the posture of its sufferers.

Epidemic outbreaks have occurred in Africa and Asia. But last fall, chikungunya began to take hold on the Caribbean island of St. Martin. The 200 plus cases there marked the first time that the virus was found spreading locally in the Western Hemisphere. Since then, it has spread to Guadeloupe, Martinique, and the British Virgin Islands.

With nine million Americans traveling to the Caribbean each year, the potential for bringing chikungunya back to the mainland is high. One of its most competent vectors, the Asian tiger mosquito, is common in urban areas and ranges as far north as Chicago.

Shannon LaDeau is a disease ecologist at the Cary Institute of Ecosystem Studies...

"There are two primary reasons why chikungunya is a bigger public health issue for eastern U.S. than West Nile virus. First – chikungunya can be transmitted by mosquitoes from one infected human to another – no other host species are needed. This increases the probability that even one infected traveler could move the virus to a new location, as was seen in the 2007 Italian epidemic. Second – the Asian Tiger Mosquito is a highly successful invasive species in the U.S. and has become the predominate human biter in urban areas from Florida to New Jersey."

There is currently no vaccine or treatment for chikungunya. While the virus is rarely fatal, it can cause debilitating joint pain that can last for weeks or even months.

Experts urge travelers and spring breakers to use mosquito repellent and be aware of the signs and symptoms of the disease.