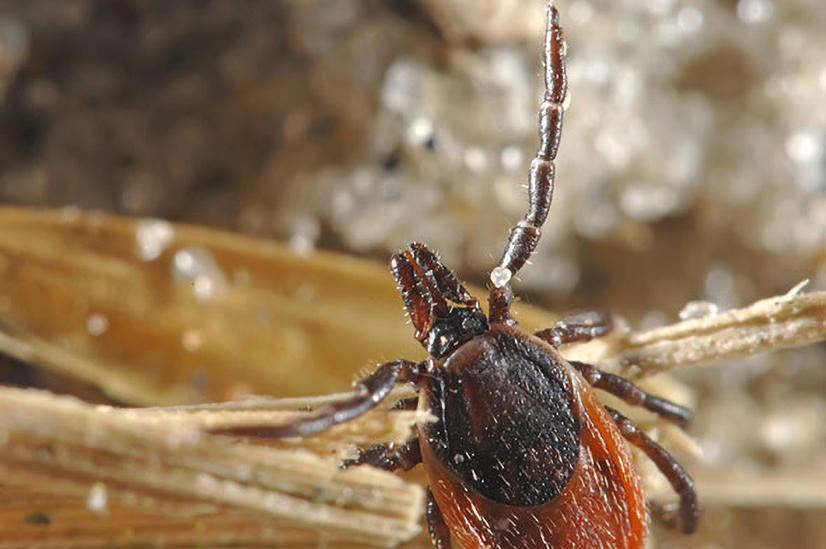 The number of tick-borne illnesses reported to the U.S. Centers for Disease Control and Prevention is on the rise. Lyme disease leads the pack, with some 35,000 cases reported annually.

In the Northeast, black-legged ticks that spread Lyme disease also infect people with other maladies, including anaplasmosis, babesiosis, and – according to a new paper in the journal Parasites and Vectors – Powassan encephalitis.

Powassan encephalitis can cause serious central nervous system disruption, with a 10-15% fatality rate in reported cases, and many survivors suffering long-term neurological damage.

Cary Institute disease ecologist Rick Ostfeld was a co-author on the paper.

“What we’ve discovered recently is that there are hotspots within that geographic range, and that includes the east side of the Hudson River valley – in Putnam, Westchester, Dutchess counties, and even up in the Capitol District as well – where there have been more cases than anywhere else.”

That is precisely what a 5-year assessment bore out. Some 13,500 ticks were surveyed at sites east and west of the river.  The Wadsworth Center’s Arbovirus Laboratories consistently found deer tick virus in black-legged ticks.

“Powassan virus can be transmitted from ticks within 15 minutes of the tick attaching and beginning to feed,” concludes Ostfeld.

This leaves very little ‘grace period’ for removing ticks, and underscores the importance of vigilance in tick habitat.

A lethal tick-borne disease is spreading in the US, driven by climate change

Why you should really be scared of ticks this summer

An interview with Rick Ostfeld