(Millbrook, NY) Machine learning can pinpoint rodent species that harbor diseases and geographic hotspots vulnerable to new parasites and pathogens. So reports a new study in the Proceedings of the National Academy of Sciences led by Barbara A. Han, a disease ecologist at the Cary Institute of Ecosystem Studies.

Han comments: "Historically, emerging infectious diseases have been dealt with reactively, with efforts focused on containing outbreaks after they've spread. We were interested in how machine learning could inform early warning surveillance by revealing the distribution of rodent species that are effective disease reservoirs."

"This study shows the value of bringing new analysis techniques together with big data," commented study co-author John Drake. "By combining ecological and biomedical data into a common database, Barbara was able to use machine learning to find patterns that can inform an early warning system for rodent-borne disease outbreaks."

With Han explaining, "Results equip us with a watch list of high-risk rodent species whose intrinsic traits make them effective at carrying infections transmissible to people. Such a list is increasingly important given accelerating rates of environmental change."

Among the take home messages: rodents are not created equal in their ability to transmit disease. The riskiest reservoir species are those that mature quickly, reproduce early and often, and live in northern temperate areas with low levels of biodiversity. The paper adds to the growing body of knowledge that 'pace of life' affects infection tolerance in animals.

"Biologically-speaking, species that bear as many offspring as possible in a shorter period of time may tend to invest fewer resources in immune response compared to slower-living animals. This could make certain rodent species more effective disease reservoirs," notes Han. 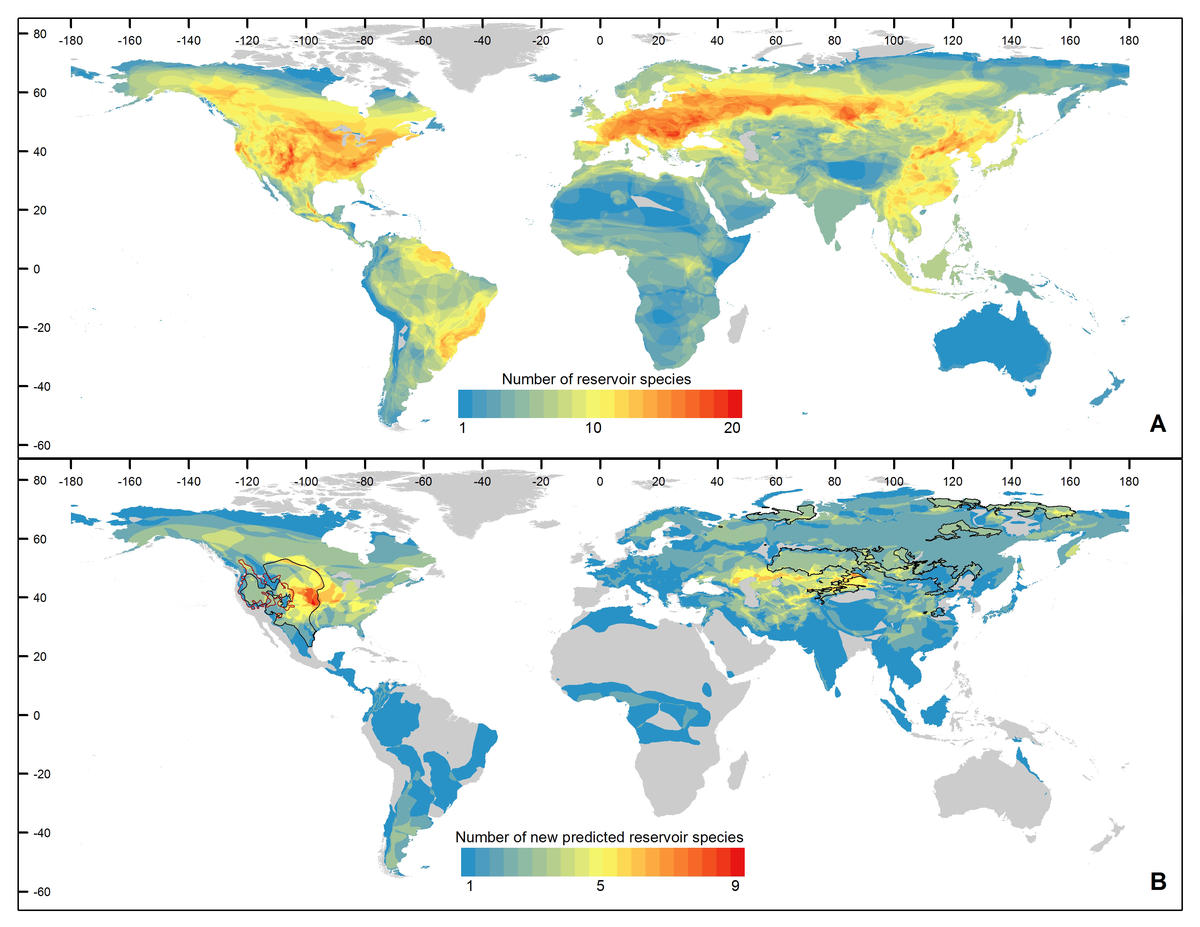 Geographic areas found to have a high diversity of rodent reservoirs included North America, the Atlantic coast of South America, Europe, Russia, and parts of Central and East Asia. Predicted future hotspots of rodent reservoir diversity spanned arctic, temperate, tropical, and desert biomes, including China, Kazakhstan, and the Midwestern United States. A majority of new reservoir and hyper-reservoir species are predicted to occur in the upper latitudes.

"It was surprising to find more emerging rodent-borne diseases predicted for temperate zones than the tropics—given assumptions that the tropics are where new diseases originate," Drake commented. "This result shows how data-driven discovery can correct such stereotypes."

Findings provide a basis for targeted surveillance efforts, which are vital given the cost of monitoring for emerging infectious diseases. Han notes, "Turning our predictions into preventative measures will require collaboration with experts on the ground. It's where the real work begins. A start would be to look at the newly predicted rodent reservoirs and assess which have increasing contact with people through activities like urbanization, agricultural and hunting practices, and displacement from political or climate instability."

The machine learning techniques applied in this study are currently being used to explore new questions, including potential reservoirs of Ebola virus and other filoviruses. Research was made possible through a National Institutes of Health Ruth L. Kirschstein National Research Service Award Postdoctoral Fellowship.

An AI warned about coronavirus before the CDC

AI could present a new paradigm in epidemiology