The sound of spring 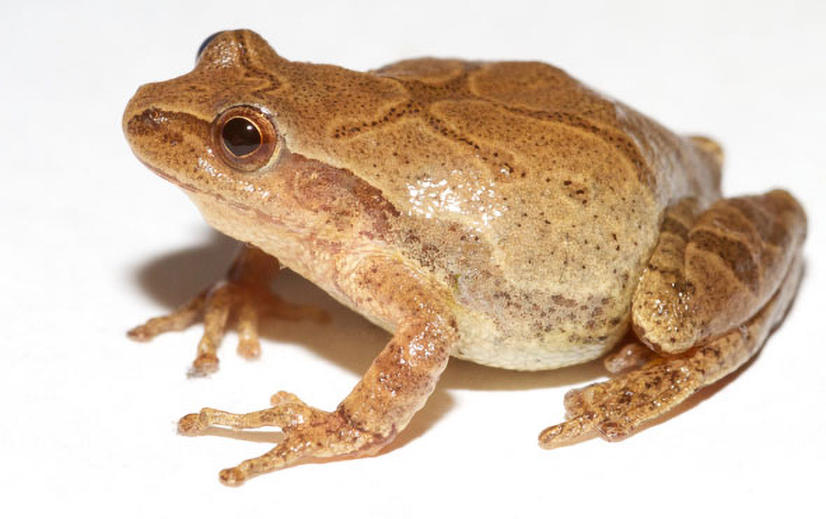 In the Northeast, one of the first signs of spring is the unmistakable calling of the spring peeper. While this small frog weighs only a few grams, its mating call is louder than that of many songbirds ten times its size.

Peepers overwinter in the woods, tucked among fallen leaves and bark. They emerge in the spring to breed in small temporary wetlands called woodland pools. During mating season, hundreds of males congregate around these pools. Their simultaneous 'peeping' is almost deafening.

Gary Lovett, a senior scientist at the Cary Institute, has been monitoring the first signs of peeper calling.

"We have a peeper-friendly woodland pool in our backyard. And we have been keeping an eye on it over the past 16 years, and the first day of peeper calling has varied by almost a month, from March 9 to April 4."

"Well the key to it was an index called the thermal sum. When the thermal sum reaches about 44 degree-days, the peepers start to call in most years. There was one exception though: when our woodland pool was dry. So water tends to act like a switch—so without it, there is no peeper calling, but if there is water, they respond to the thermal sum."

Thermal sum calculations based on National Weather Service records kept since 1949 indicate that peepers are calling 11 days earlier now. This corresponds with other biological changes caused by the warming climate, such as earlier flowering by plants and earlier arrivals of migrating birds.

Listen for the peeper calls, and you will know that spring has arrived.